A privacy policy is a document that explains how an organization handles any customer, client or employee information gathered in its operations. Most websites make their privacy policies available to site visitors.

According to the updated policy terms and condition, the messenger app will share the user information with its parent company. In general, the user’s sign app to the app through the user’s phone number, but with the new update the phone number will be shared with the social networking website for marketing and get ads relating to the user’s interest.

The app promised the users that the policy terms will not be modified after the acquisition of the messenger app by the social media network. The most key aspect of this messenger app is that it is user friendly and secures the user’s personal information, and apart from the phone number, the user’s contact details like the name and their number; apart from these details the app does not contain any other information.

They only point that was stressed in the instant messenger app’s privacy policy was that it would not share the user data with the third party, which includes that the details will not be shared for marketing or commercial purpose or any kind of targeted advertisements. But the new policy terms give much information that is collected by the app like,

Therefore, according to the new policy, there is no limitation placed on the type of information that are shared and to whom. For example, there are no specific report released that only the phone number of the user is shared with the social media network for commercial purpose and there are possibilities that some of the information or all the information stated above can be shared by the app with Facebook and any other third party service. Even though the new policy terms states that it will not have any third party banner advertisements, the company says that in the future if they change their mind, they can even include the banner ads in the platform by means of another update.

On seeing the new updated privacy policy, the users feel quite disappointed and cheated, but however the policy that was updated by the company is legal and they have the right make the changes. The only thing the company has to do is to inform the users about their new update and obtain their consent, if the company had updated the policy without informing the users or without giving an opt-out option, then the company would have been accused under the law for not following proper terms and policies. In fact, in 2014 when Facebook acquired the instant messenger app, the Federal Trade Commission of the United Sates sent a letter to the social network media warning them not to make any kind of modification with getting the consent of its customers.

Opt out mechanism is a consent

One of the main tasks of a company that modifies or changes their policy and terms and condition has to obtain the proper and legal consent of the users. Like the old privacy policy of the instant messaging app, the online terms and conditions state that the modifications will make make on regular intervals and the frequent use of the app by the customer will be the amount to the consent. In general, the information about the changes need not be informed of the users, but when the personal information is shared with a third party like the instant messenger app, they have to inform the users about the modifications that they make in its Privacy policy.

But many privacy advocates criticized the opt- out mechanism to be considered as a form of consent because around ninety nine percent of the users do not take the effort of reading the terms and conditions that are stated in the document. But it is considered as a perfect consent legally, if the users do not opt out within the particular date, later they cannot complain that the company did not inform them about the new policy or update.

App failed to inform the users

The only question asked by the privacy advocates is that, whether the users were informed by the instant messenger app about the update. Because the app recently introduced the end to end encryption mechanism, which is a mode of transmission of the message in an encrypted form that can be read only by the intended recipient with the help of a unique key. The unique key disappears the moment when the recipient reads the message, thus no other third party member can read the message. When this end to end mechanism was introduced by the messenger app, each and every user was given the information about the mechanism in their chat window.

But when the company has taken a big step in its privacy documents, they did not take the effort of informing it to their users. Instead, the information about the new update was mentioned only in its blogpost. Unfortunately, there are only a few users who take the effort of reading WhatsApp’s blog post and even in the blogpost only an outline of the updated privacy policy is mentioned. The messenger app claims that the new policy is written in such a way that it can easily be understood by the users, but the fact is that the policy is extremely confusing and there is vast scope for misuse and misinterpretation of the app. And the app’s approach is resolving the issue might not end the user’s issues. But legally there are no proper standards laid as to when the users must be informed.

If the Federal Trade Commission criticizes, the app can easily resolve the situation by promoting on the user’s chat screen. Apart from this, no other commission or legal bodies can stop the messenger app from making modifications in its policy documents. Thus, the only possible step that can stop the app form updating is by public pressure. If people are not happy with the policy they can protest against it and they have the right to do so. Even in the past, because of public pressure the social media network, Facebook was able to come out with better privacy terms and conditions.

Anand Rajendran is the Co-Founder and CEO of Dectar a well known Software products development and Mobile App Development Company based in Chennai, India. He has extensive experience in building and leading innovative and collaborative software development teams to deliver major software applications like Scimbo - Whatsapp Clone Script. He loves exploring new things and sharing his knowledge with others. 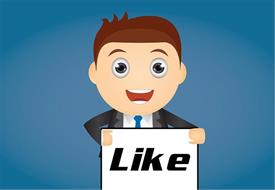 Instagram's popularity is still on the rise. Every day, 200 million people check at least one business account, according to Instagram. It's clear that Instagram is an excellent platform for marketers and entrepreneurs. 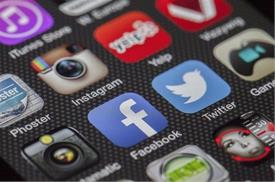 Some people think that online promotion should consist of buying exclusively followers to make their subscribers number look solid, while its actually really far from the truth.

Everybody’s talking about Instagram shoutouts. How do I get one? In this article, I’ll share with you how to obtain your first shoutout in 5 easy steps!

How influencer marketing works and its benefits

It's fascinating to consider the way that the normal individual goes through as long as two hours via social media networking media every day.

Digital marketers or businessmen always have the wish that is to increase their customers and take their business to the next level.