With innovative changes being introduced into the web development world and a rapid hike in .NET Development Outsourcing, it is hard to imagine a downfall in the demand for developers who can adapt to these changes and come up with an absolutely brilliant web solution.

This post is dedicated to all ASP.NET fans who have been extremely contented with the underlying ASP.NET core framework and want to dig deep into the latest version of ASP.NET i.e. vNext. Here, I'll be making you making you familiar with the features of ASP.NET vNext which make it the number one choice of web app developers across the globe.

Considered as the next generation of .NET on the server, ASP.NET vNext has been re-designed from scratch to provide solutions for a wide array of challenges that crop in during the development of web applications. As an updated version of ASP.NET, ASP.NET vNext has been optimized for cloud web app development. Plus, it includes updated versions of ASP.MVC, ASP.NET Web API, SignalR, Web Pages and EF. The key improvement made to these web development frameworks is that all three viz: Web API, MVC and Web Pages  have been merged into a single programming model. To put in simple words, now there's a single controller that returns both, formatted Web API responses as well as MVC views on the same HTTP verb.

Now, let's hop onto the features of ASP.NET vNext which make it a favorable option as compared to other web app development platforms

Although MVC and Entity frameworks introduced in previous versions of ASP.NET were also open source and available on Codeplex, the brand new version of ASP.net i.e. vNext is fully open source with all its code readily available on GitHub. Moreover, it is interesting to note that ASP.NET Vnext is also a part of .NET Foundation- a well-known online forum for development and collaboration of open source .NET web technologies. That means, anyone can contribute to the .NET community and help novice/professional .NET developers in building applications for multiple operating systems.

Unlike the case of traditionally hosted web apps(built using ASP.NET) where the configuration settings are fetched from web.config file, the apps built using ASP.NET vNext have their configuration settings fetched from config.json file. There are no web.config file in ASP.NET vNext apps. Plus, the config.json file can be any of the three formats viz: JSON, XML or INI. ASP.NET vNext supports three CLR's(Common Language Runtime) which are being explained as below:

Therefore, will all the above three runtimes installed on your machine, you'll find it convenient to switch from one CLR to another via Kvm- the version manager for different run times.

Following the footprints of other entity frameworks which can be used via any application type or environment; ASP.NET vNext also includes a lightweight data stack which makes make it a scalable framework.

4. Agile app development and deployment is supported by ASP.NET vNext

With the new version of ASP.NET, you can avail the flexibility of deploying your app via an agile app development methodology which goes like this: Changing C# code, saving the .cs file and refreshing your browsers. Well, yes, that's all you need to do for  deploying your app to a cloud. You don't need to go for any explicit compilation in Visual Studio. The in-built .NET Compiler Platform ROSLYN available with ASP.NET vNext handles app deployment transparently in either the server or the development machine. Talking about app development, the scenario is a bit different. Here, you can opt for a browser-based code editor like Monaco which is available in Visual Studio.

5. ASP.NET vNext offers you the ability to add components to the pipeline 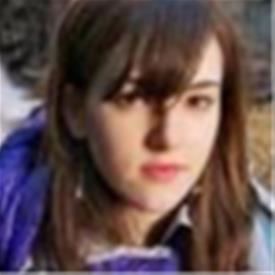 Celin Smith is top-notch asp.net developer and blogger at Xicom who loves to write regarding mobile and web applications. If you are looking for hire professional .NET Programmer , you can get in touch with her or directly contact via Facebook or Google+. Xicom is one of the amongst leading ASP.Net Development Outsourcing Company which provides totally different array of real software package solutions like Custom software Development IT Outsourcing Services, Software application  development services to its clients globally. 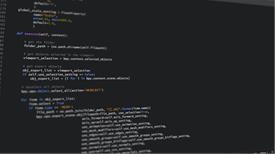