How is Firefox OS different from Android, IOS and windows phone?

When thinking of buying a phone, you have a list of diverse contenders when it comes to what operating system you will want to use.

Android and Windows have had their own for a while, but their less talked-about counterpart, Firefox, is no longer in the shadows – we must bring it under consideration as well. This is a topic you will have to read up on a lot if you’re studying software, and will provide you with university assignment help as well.
Now, we’ve already heard a lot about Windows and Android – probably even used both of them, but why is Firefox left out? Is there a reason that it isn’t as talked about as the others? What are the differences between these systems, and which one stands out the most? Let’s try to compare them to see how Firefox may be different from Android, IOS and Windows.

When it was released, Firefox claimed that their OS would be much faster than Android or Windows. They were set to release updates every 6 months back in 2015. Lag in phones is something that a lot of people are naturally bothered by. It is something that developers in every company are constantly working to get rid of, there are constant developments being made so that people can have a smooth-running phone. This is a factor on the basis of which customers make their decision on what to buy.

One of the best things about Firefox may be that it doesn’t require Flash to play videos or games. This was a huge problem with Android because if something you wanted to do on an Android phone required flash, android did not support it, which meant you could not do everything. This solves one of the biggest problems people had when using Android, and it means that more people are inclined towards opting for Firefox due to it being so much more convenient.

The apps are basically websites

Since Firefox prepares data in HTML form, every “app” you see on the OS is actually a website. This has its pros and cons, because only having websites means not having the convenience of using a specific app for everything you do. Having to do everything through a browser is just not something a lot of people are used to. However, it means that you don’t require too good of a device and constant updates won’t drain your band account from having to buy a new phone, or your battery, which will run longer.

They focus on being cheaper

Firefox is focusing on bringing cheaper phones to the market. This is further helped by the fact that their OS can run very easily on low end devices, without requiring people to spend a fortune on their smartphones alone. This is one of its greatest selling points thus far, and Firefox understands this.
Another thing Mozilla is doing that its competitors have been lacking in is focusing more on the developing countries. Being more affordable and easily accessible to a large number of people, this is a great way for them to increase their reach and go to places where their competitors have not made their mark yet due to certain limitations. This is great initiative that will surely make Firefox a lot more popular.

So far, it seems that Mozilla is really doing a great job at revolutionizing Smartphone OS. The fact that you can keep using what you have without worrying about constant upgrades, and the apps being so easy to manage without requiring too much information from you tells us a lot about how far this OS will go. This setting is much more convenient for a large group of people, especially considering they are targeting the lesser developed countries as well.

firefox OS and iOS vs android comparison OS mozilla OS
« Everything You Need to Know About JavaScript SEO
Why Give A Second Thought To Your Website Design? Points To Consider »

Adam Sheen is a finance manager with a passion for writing. Being one of the best writers of best assignment writing service in his early days, he began to have a passion for it and carries it to this day by writing blogs and such related to his relevant field. He loves to read all genres of content written by people to broaden his mind and learn about different perspectives on his topics of interest. 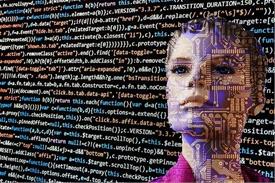 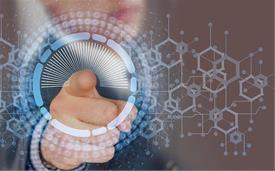