Facebook was once the place to catch up with old friends and keep up with current ones. After pushing the realms of Social Media, Facebook has been determined to make an impact on other areas of Digital Marketing.

Facebook can no longer be defined as just a Social Media network, it is now a place for businesses to connect with consumers. It is a marketplace where consumers can browse and buy products. Although businesses were already doing this through their Facebook pages for several years. Facebook has identified the opportunity and has expanded its services to cater to this specific need of businesses and their customers.

Here are a few ways Facebook has impacted Digital Marketing:

The way we shop

Facebook’s Marketplace is similar to Craigslist but there is more familiarity between the buyers and sellers. There is more transparency so buyers feel more secure when making a transaction in comparison to other websites like Craigslist and eBay.

Facebook re-launched Facebook Shop. It offers consumers the option to purchase products from Facebook itself. For users, it is easier to search on Facebook Shop as they won’t have to leave the platform and look elsewhere. The real benefit of Facebook Shop is the ease of tagging products to regular Facebook posts. According to 2015 statistics, a global user of Facebook spends at least 20 minutes on Facebook every day. If you follow the old saying in marketing “be where your customers are” then Facebook is the place to be.

Users can interact with you through comments or likes while you broadcast. It saves you the hassle of spending hours editing videos and each session can last 4 hours; the longer the session the higher the ranking on newsfeed.

Businesses and media outlets instantly jumped on to Facebook Live to avail the opportunity of broadcasting content and interacting with their audience directly. Dunkin Donuts was one of the first businesses to use Facebook Live to engage with their audiences. They had their first Live session back in February 2016 where they broadcasted behind-the-scene footage of their kitchen during Valentine’s Day. It featured their culinary team preparing a special Valentine’s Day cake made of Dunkin Donuts. They then asked their followers to share their proposal stories offering a prize of $10,000 for the best story. Around 13 minutes into the broadcasts, Dunkin Donuts had gathered 21,000 viewers and numerous inquiries of the next steps. Like Dunkin Donuts other companies such Tastemade, Grazia and Buzzfeed have held successful Facebook Live sessions and profited from them proving that Facebook Live will be a fundamental component of online promotion in the future. Amber van Moessner from Livestream claims that there are major benefits of broadcasting live; live video content effectively engages audiences, grows attendance and is cost-efficient.

Prior to Facebook, collecting information about consumer’s lifestyle and personalities was mainly done through interviews and focus groups. Since Facebook came into the picture, data about their consumers is easily available to companies. Companies can determine personalities, lifestyle, interests and preferences from all the information users provide on their Facebook profiles, including pages and posts they like and the videos they watch.

Earlier, people browsed the internet by entering keywords but Facebook collects content from different pages based on the user’s preferences and then presents it in their newsfeed. This information is customizable and personalized.

Targeting the most relevant audience is always a challenge in marketing. Facebook lets businesses target customers based on age, income brackets, geographic location and interests. Although Google’s Adwords does this too, Facebook has a clearer understanding of interests since it is primarily used for entertainment purposes. Google is used for informational and entertainment purposes – you could be searching for something for a school project (not necessarily because it is of interest to you) and Google will store that information. 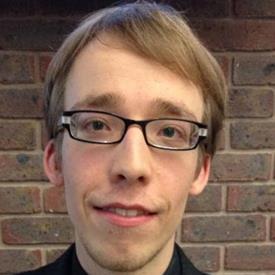 I am a passionate blogger who loves to write on everything that's trending. He is a complete tech geek and when he isn't writing he is busy traveling with his family. He has joined hands with various authoritative blogs and is currently associated with Appiskey , a mobile application development company. 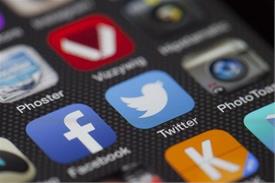 Facebook is one of the most popular social media platforms, and it is also among the oldest surviving ones. 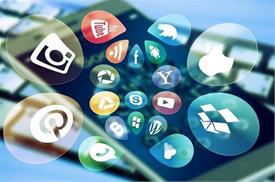 Digital marketing is incredibly powerful and can have the ability to reach thousands of potential customers across the globe.

In this digitally social world, it’s no longer a question of whether social media is necessary for advertising your business. 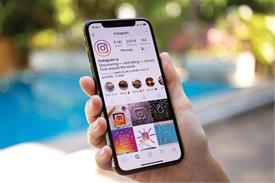 Over the last few years, technology has changed how businesses interact with the target market.