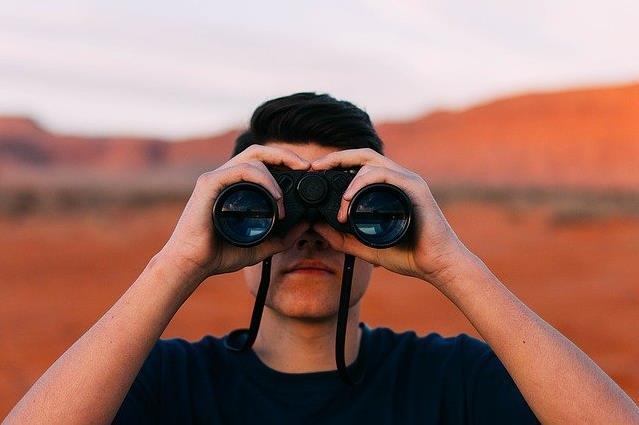 Forecasting for such a long period is difficult because technology is advancing too quickly. But let's try.

The world in which people control electronics with the power of thought still seems to us to be an invention from the TV series "Black Mirror". In fact, the neurocomputer interface has long ceased to be a section of science fiction, the most obvious example is neuroprostheses. With the help of computer technology, paralyzed people can feel and move again the blind gain sight, and the deaf gain hearing.

For these people, the machine became an extension of the nervous system - it restored the lost connections. Now scientists are testing a chip with which a person can control a computer with the power of thought, and are developing a device that will read electronic signals directly through the skull, without implanting them into the brain.

Tesla's experiments with autopilots were difficult to call 100% successful - it had two fatal accidents on its account. Nevertheless, the project proved that nothing is impossible in the very idea of ​​autonomous transport. By 2121, all cars will be able to carry their passengers without help from others. The same goes for other vehicles.

Cities will look very different. The sun will become the main source of energy, which will make life faster, more efficient, and greener. And even these cities will even repair themselves - already now, Chinese scientists are working on concrete structures that must independently repair cracks in themselves.

Artificial intelligence will take away some of the jobs

AI automates production - that's obvious. The assembly lines and cash registers of stores will be empty - and what will the freed people live on then? Apparently, on an unconditional basic income, which is still an almost utopian idea. The bottom line is that the state pays each citizen a certain amount of money every month, regardless of the level of his salary.

Of course, this solves the problems of unemployment and poverty, and also gives citizens more freedom, but, judging by some experiments, economically such a solution is still very unprofitable. Experts do not lose hope: for example, the Roosevelt Institute predicted a US GDP growth of $2.5 trillion over 8 years, if the state introduces an unconditional basic income.

The medical profession is unlikely to come under the control of artificial intelligence, but in hospitals, it will not remain without work either. Where robots cannot work alone, they will seriously help people, including physically. For example, the workers remaining in the factory will receive an AI exoskeleton that will make them much stronger than ordinary people.

3D printers will print everything

However, they are already doing it. Cars, houses, food and even living organs - all this can now be printed. The only problem is that this miracle device is very expensive now. But there are already models that can print their own parts, so a future in which everyone has an almighty printer is not far off.

People in 2121 can only be envied. By that time, most likely, cancer will be defeated - scientists will be able to fight the disease, based on the individual genetic data of the patient. A breakthrough in genetics (in particular, CRISPR technology) will make it possible to cure hereditary diseases, and reproductive medicine will advance so far that infertility can be forgotten. Diagnostics will also improve: a system has already been invented that can detect cancer in the early stages without testing.

But all this does not mean that the average life expectancy will skyrocket. Humanity will be decimated by infections, global warming, and, possibly, wars.

It will get hot on our planet

Now for the bad news - global warming. The ice of Greenland will melt by 2050, the level of the world ocean will rise by almost a meter (which will leave 4 million people homeless), and cataclysms will be more frequent and more dangerous. All this awaits our descendants if we do not undertake a resolute peace to protect a comfortable world for humanity. So far, the main treaty on global warming - The Paris Agreement - has fallen short of its goals.

According to it (ideally), all states of the world should stop emissions of carbon dioxide into the atmosphere as soon as possible and thereby prevent the global temperature from rising more than 2 degrees Celsius from the level of the pre-industrial era. But the problem is that the treaty does not specifically require anything from the states - it does not stipulate the time frame within which the countries must stop emitting carbon dioxide, does not provide for sanctions.

Humanity will study the solar system and move further

Perhaps the most daring predictions are about space travel. We all remember the promises of Elon Musk to conquer Mars, but even he believes that it will take people half a century or a century to create the first autonomous colony on the Red Planet of a million people. Terraforming is a long process, so even the people of 2121 are unlikely to see lush gardens and densely populated cities on Mars.

But what will definitely happen is the improvement of terrestrial and orbiting telescopes. Perhaps this will allow us to see celestial bodies that existed in the first centuries after the Big Bang. Space travel will become a form of tourism, and explorers will travel beyond the solar system. Futurists have no doubt: by 2121, earthlings will find a new life. But what it will be and what kind of reaction it will cause in people is a big question.