Increase in urban population only reason behind mobility’s massive growth?

Increase in urban population only reason behind mobility’s massive growth?

Mobility is ramping up the adoption rate like no one has expected. Or rather, we can say that people had expected this growth, but didn’t expect that it will happen this way.

When it comes to the rise of mobile users, we know that the number of people who are using will touch 5 billion by the year 2020. That’s a huge number. And, this figure is inclusive of the complete worldwide population, which includes both the urban and rural segments of the population. So, if we say that mobile growth is only happening because of the instant rise in the urban population then that won’t be absolutely right. In this article, we will explore that a little more.

When the mobile phones entered the market, they were restricted to a certain specific section of the population. However, now, we can see that mobiles are everywhere. Is that happened overtime? No. In fact, it took some time for the mobility solutions to expand uniformly everywhere. However, now, we can say that it mobiles have reached everywhere, including the rural areas. Starting from the small towns to the villages, you will find rampant use of mobile phones.

The correlation between the increase in urban population and the use of mobility solutions might be an interesting factor to consider. But, at the end of the day, that is not just the only reason behind the immense growth of the mobility solutions. Rather, the rampant growth has been possible because the use of mobile phones is growing at different places. Mobile phones are reaching even at the most remote and distant areas as well. This is because, mobile manufacturers also see a great opportunity in tapping the rural market as well.

How is immense growth of mobility helping the rural population?

Widespread growth of the mobility solutions is helping everyone. Though, we might be reading a lot about the immense use of mobiles and its drawbacks, but when it comes to the positives of using mobile solutions, they still overpower the cons. If we specifically talk about the rural areas, mobiles have a bigger role to play when it comes to the development of the people and the region.

Rural population is benefited by the mobility solutions in many ways. One of the major impact that mobiles have on the rural population is the fact that they are able to connect with the world. Mobiles have made it easy for them to connect with the outside markets or the people in business. They are not reliant on only the mediators for their business. Instead, with the help of mobiles, they can themselves establish work relations with the city and thus, increase their profits.

Apart from business, mobiles have helped the rural population in many other ways as well. One of the other prominent ways is that it establishes better connectivity within themselves. Also, with the outer world. This means, that they have the option to stay in touch with the countryside.

Mobility has in many ways helped the rural areas grow in several ways than one. Starting from helping the inhabitants to do better business to stay connected with the outside world. At the same time, now even the newer technologies like Artificial Intelligence or Big Data is also being used in the rural areas. It is helping the farmers in many ways. Therefore, we can say that not just Enterprise mobility solutions, but even a wide variety of other technologies are increasing because the whole world is using them, including the rural population.

Rosina De Palma is a business development executive at Nex Mobility a reputed enterprise app development company. I have a professional team, and they are always ready to help you and give the unique ideas and also give a bright future to your business through iOS and Android application development. 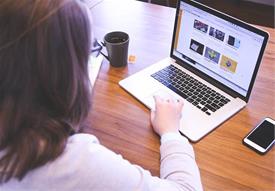 Digital marketing is the most critical innovation technology has given to many businesses. 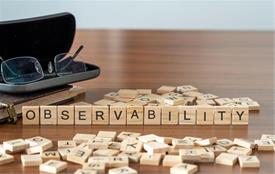 Observability is a reformed tool that emanated from observation itself. Observability is highly connected to marketing and sales. In fact, without it, business owners might find it difficult to operate at optimum productivity.