VoIP Vs. Landline: Which is Better for Your Small Business in 2021? 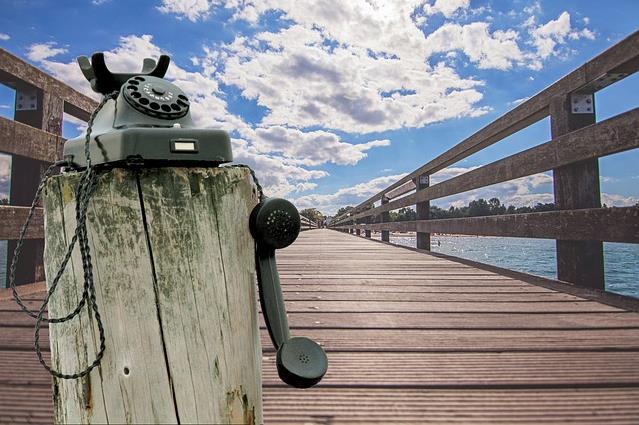 There’s a shift in the procedure organizations use for business phones.

In the past, most systems used analog phones and landlines. However, VoIP is quickly changing the communication procedure in the business world. This is because of the increasing distribution of labor in businesses and the expansion of remote operations across many industries.

If you want to define which approach is most effective for your trade, take a closer look at how the two compare.

What is the distinction between VoIP and landline?

Conventional landline phones work primarily as they did many years ago.

Phone companies use copper wires to convey sound via electrical pulses. In one sense, analog phones are very reliable. As long as the phone lines aren't damaged, they can keep working even during power disruptions, severe weather, or calamities.

However, it goes along with the cost. Installing phone lines in your office can be costly and lengthy, and you likely need to hire a technician to maintain the system. In addition, as the signal travels longer distances, the call cost increases as well.

Today, VoIP is also ubiquitous for making and receiving calls. It sends data packets over the Internet instead of audio signals from the call. Long-distance calls aren't a hassle now as fiber internet connections offer awesome speeds. Unlike landlines that can impose huge call charges for international calls, the Internet makes it easier and more economical to make calls internationally without sacrificing call quality.

For those who want to leave their stationary telephones behind, they can switch to cloud-based VoIP from virtually wherever via your permanent virtual phone number. It makes business calls available from any place. This makes the small business communication process flexible.

Private branch exchanges, also known as cloud PBX, are ideal for small businesses. As a business owner, you may find yourself and your team spending a fair amount of time away from the desk. By allowing your team members to pick up business calls on their cell phones, you ensure no one is left without a call.

Your company’s telephone could cost a lot if you had a landline. In this case, it will require a lot of hardware, including hubs, switches, phone sets, routers adapters, and wired connections to the PSTN, among other things. Additionally, a phone service provider will charge you a monthly fee. It is overwhelming for small- and medium-sized businesses to deal with the costs.

In addition to being more flexible, virtual local phone number is more cost-effective. Since any Internet-enabled device including smartphones, tablets, laptops, and desktop computers can establish cloud-based calls, many VoIP providers let businesses bring their own devices. A headset and one of these devices are all you need.

VoIP phone technology requires no special apparatus or equipment to start up. Generally, VoIP providers charge a monthly fee; however, they may offer different pricing plans based on your needs, and long-distance calls are often cheaper too.

The setup of a landline system involves significant upfront effort, equipment, and costs. On the other hand, a VoIP system doesn’t demand any special hardware or equipment. Apart from the equipment needed, the process of laying down the wires to connect with the PSTN will also take a long time.

Telnum, a VoIP provider, allows you to set up and operate your business phones within minutes. Once you have an account (and internet access), you can quickly and easily access a single, centralized location where you can:

It's that simple. Furthermore, customers' information stays synchronized automatically across devices when switching between them. Compared to analog systems, VoIP phone systems are lightning-fast, allowing calls to be connected in milliseconds with excellent quality. In contrast, setting up a landline takes longer, is expensive, and takes considerable energy. VoIP dominates this category.

Maintenance of VoIP vs. landlines

Upgrades, scalability, and maintenance of VoIP phone systems are relatively straightforward. However, landlines can be complex, expensive, and tough to improve and scale depending on when they are installed. In small and medium-sized enterprises, VoIP is way better. An analog phone method can't keep up with growing companies without a lot of energy and resources. With VoIP, new users can be added quickly and easily.

Power outages typically do not affect the performance of traditional landline telephones. On the other hand, most VoIP system providers have an uptime of at least 99%.

Because of its dependability to the Internet, VoIP will not work if there is a power outage or if the Internet goes down. Consequently, when switching to a VoIP service provider, one of the most important things to consider is the presence of a robust and dependable connection to the Internet with adequate bandwidth provided by a trustworthy internet provider.

Wiring is required at a physical location for traditional landline telephony systems. Thus, it is difficult and expensive to scale landline phone systems. In addition, when your business grows and expands, a system like this will have a difficult time keeping up. However, companies can scale VoIP applications up to an unbelievable extent to concentrate on what matters.

VoIP-based business phone systems can be scaled up or down as needed. For example, if you expand your system to multiple locations or add new team members, it is simple to add their phone numbers.

There is no doubt that landlines were valuable for businesses globally before, but they cannot compete with VoIP's superior features. The amount of features that the former can offer is nowhere near the capabilities of the latter either. In addition, VoIP can significantly reduce your calling costs, so it's easy to see why so many businesses are switching to VoIP from on-premises phones.

When it comes to changing from landlines to VoIP, it is as simple as 1-2-3: you should have reasonably dependable internet connectivity and a platform like Telnum to make the call. However, wouldn't it be great if you could test out VoIP and see how it works?

Guest posting has become very important for a lot of online websites. It is a way to increase traffic and move up the rankings on Google. 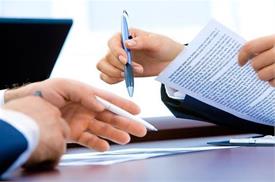 Benefits Of Leasing In Business: Is It Right For You?

Businesses often need varied and dynamic approaches to their cash and assets to ensure ease of cash flow and business continuity.

For regular casino go-ers or rather online casino go-ers, there are some leading suppliers that have been around for a long time or have just made quite the impression with their slot machine themes, designs, RTPs, and game mechanics.

Benefits Of Leasing In Business: Is It Right For You?