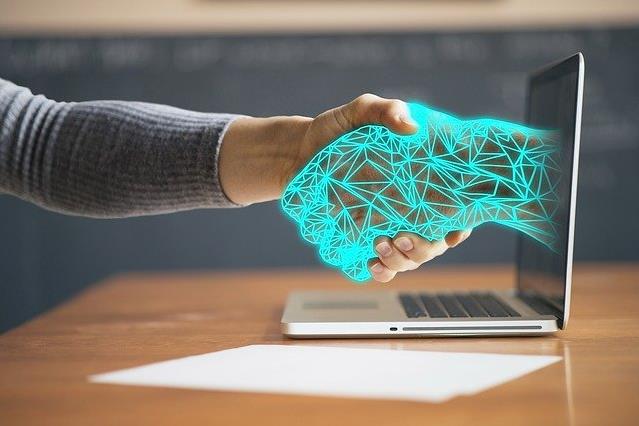 Digital marketing trends change every year, but there are always similarities. In fact, you will find that several of the upcoming trends are already in motion and 2022 will them mature further.

Without further delay, let’s get straight into the top ten aspects of digital marketing that are the most likely to trend next year.

Google is already well into the process of restructuring their algorithm so that their SERPs start prioritizing authoritative posts over keyword centric, backlinked content. Authority refers to any post on any topic which exhibits contextual expertise within the post’s subject material. Although keywords are not going to go anywhere anytime soon, contextual quality of the information provided will play a bigger role in 2022. It should be understood that this is an ongoing process of digital evolution for the search engine itself, which has been in motion for years now.

In the B2B sector, quality content must be backed up by hard facts to make a true impact on hardcore business professionals. It is expected that more original research projects will be funded by major marketing agencies, so that their content creators have newer and verifiable material to work with. While surveys, data collection, data analysis, etc. are not exactly a new trend by any means, the trend we will see in 2022 is the boost in their frequency. Even the consumer market is not exactly ignorant either, as customers are significantly more aware than they used to be in the early days of digital marketing. Reevaluation of the B2C industry will also involve similar steps to gauge what the customer wants now, as well as which of the archaic digital marketing procedures are likely to lose their importance next year.

With the FM radio’s decline in popularity, many marketers believed that audio ads were coming to an end. As it turns out, not only did audio ads survive, but they also started making a comeback. The resurgence of audio ads was inevitable because audio content itself has always had one major advantage which even video cannot manage to topple. People can play, drive, ride, walk, travel, and even work while listening to podcasts, audio books, and music. Given that audio content often allows us to engage in other activities simultaneously, the scope for exposure is so much more via audio ads.

No one can watch a video and do something else alongside with it, without breaking the law and/or severely jeopardizing their own safety. On the other hand, they can listen to music or an audiobook while multitasking safely in most instances. People are often seen playing basketball with friends while they have their headphones on, but they cannot watch a video, read, or even look at a picture properly while playing the same game.

There is no better example to showcase the impact which user-generated audio ads have had on YouTube itself. YouTube Red was introduced for the first time in 2015, which was a huge step up from its predecessor, Music Key. While Music Key only allowed paying members to stream songs from partner brands and labels without ads, YouTube Red allowed users to get rid of ads from all YouTube videos for a larger subscription fee. In 2018, YouTube Red was changed to YouTube Premium, which included several additional benefits such as providing access to YouTube Original movies and series. While it is true that YouTube provided a way for users to eliminate ads completely, this move also created a grand platform for audio content creators to incorporate their self-created ads into the audio content itself.

As it turned out, these were not the typical radio jingles and commercial sounding ads that we were previously used to. Instead, these ads are created and promoted by the content creators themselves in a way that the promotional message merged seamlessly into the main audio content. As is to be expected, this was no easy job in the beginning since we are discussing creative individuals without any marketing experience. This is where services such as Decibel Ads changed the game for them. They provide everyone from audio content creators to professional digital marketers with the necessary tools for creating their own DIY audio ads.

There are several popular channels on YouTube which upload podcasts, audiobooks, and short story readings, complete with incorporated ads from their respective sponsors. Other than YouTube, there is also Spotify, Audible, Apple Podcast and of course, YouTube’s own YouTube Music app among several others that focus on audio content. Soon, we will see even greater adoption of audio ads by several other platforms, as well as content creators which use those platforms. Audio ads engage one of the most influential primary senses, without engaging any of the others. It’s a fact that more companies will try to capitalize on, come 2022.

Interactive Marketing Will be the Focus Next Year

There is a small difference between engaging content and interactive content, and that difference lies in the meaning of the two terms. Engaging content is any and all types of promotional content that has a high potential/record of engaging the target audience’s attention. Interactive content is one that focuses on not just engaging the audience, but also involving them. For example, promotional quizzes on social media with the promise of reward have been in practice for a long time now, but similar practices will now be incorporated into shopping apps and websites directly.

Amazon has already adopted the strategy because users can participate/interact with the site’s promotional aspects to have a chance at winning something from within the app/site itself. In 2022, all analytics suggest that more online companies will focus on interactive marketing via not just their social media channels, but also from within their main site and app. The general idea behind the strategy is sound and clear. The more time a person spends on a shopping app, the more likely they are to buy something. When that engaging and interactive participation also passively pushes them towards a sale in the end, it does have a higher chance to concert.

The sales call will of course be directed towards the company that is sponsoring the event. Multiple and simultaneous interactive marketing strategies will continue to run on major eCommerce sites with greater frequency next year.

At this point, mentioning AI as a trend is in itself a trend! Instead, if we accept that artificial intelligence is already in the process of continuous and universal integration for more than half a decade, we should be able to see what is really going to change about AI soon. Experts predict that AI + robotics will play a greater role in 2022 than in any previous year.

Even smaller businesses will be able to adopt robotic equipment enhanced by artificial intelligence, while more intelligent robots will begin to enter the consumer market in the form of intelligent vacuum cleaners, toys, mobile smart speakers, and more. It was the plan for 2021, but the pandemic delayed things. It would be interesting to see if we really do see more robots in regular homes next year!

Business Digital Marketing Trends for 2022 Robotics
« Invaluable B2B Conversion Rate Optimisation Tips for Your Business to Follow in 2021 and Beyond
VoIP Vs. Landline: Which is Better for Your Small Business in 2021? »