UI/UX is a broad term.

Anyone who practices UI/UX designing must have skills in diverse fields. While it's quite challenging to cover everything about UI/UX designing in a single write-up but in this insightful post, I’ve tried to mention all the essential things that a web designer and developer should know to create an unparalleled experience for users. So, let’s get started.

User Experience (UX) is not (only) UI

UI is a part of UX. Exchanging UX with UI is one of the common mistakes that many web designers and developers commit. Thus, it becomes important to understand the basic difference between the two disciplines. You can refer to this detailed blog post on UI Designer vs UX Designer to clear all your confusions.

In simple words, UI is the graphical layout of a product, through which users interact with an application or a website. This includes pages, screens, sliders, and visual elements like icons and buttons. While, UX is all about creating meaningful experiences for the end users through products that are easy to use, interact and work with. In other words, something that is very easy to use but looks complex is an example of great UX and poor UI. While something that looks appealing but difficult to use is an example of great UI and poor UX.

You are not the real user

If you want to create a product that everyone loves, make sure you test it meticulously and rigorously. Testing your product with real users (not your friends, teammates, or family) allows you to overcome false-consensus bias, in which a person assumes that others will also share his beliefs and behave similarly. Not just this, it will also help you to learn how to create a product that is apt for those who will actually use it.

Adapt your design for a short attention span

According to the study conducted by Microsoft in the year 2015, it was found that the average human attention span has dropped from 12 sec to 8 sec. This simply means that humans now have an attention span lower than a goldfish.

UI/UX designers need to understand this thing and adapt the design of their application or a website for short attention spans. They should make the interface simple yet intuitive by removing the clutter that does not support user tasks.

Don't be afraid of committing mistakes. Albert Einstein once said that “A person who never made a mistake never tried anything new”. It’s no brainer that people learn from their mistakes. If you’re afraid of committing mistakes and try to get each and everything flawless, you’ll certainly miss out on learning new things. Keep experimenting with new UI/UX design techniques to find out what works best for you and your clients.

Nathan Smith is a professional UI/UX designer that provides web design and development services at affordable prices. Besides designing, he also loves writing insightful blogs on the latest tech trends and tips.

UI vs. UX: What Works for Your Brand

The User Experience (UX) is the subjective experience that a person has as they interact with every aspect of a company’s products and services.

Importance Of Website Design To Create A Business Beneficial

Simply constructing a straightforward site couldn't be adequate to build up a brand. There are a variety of things to be thought of and a request for need in each. 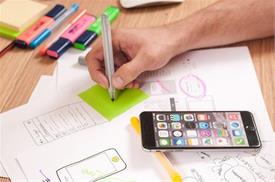 Delving into the importance of UI/UX in web app development

The best way to ascertain the success of a web application is by understanding how well it has been used and accepted by the users it was intended for. And it’s the user experience and user interface of the application which drives this acceptance. 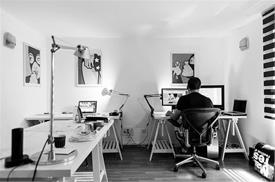 There are so many reasons why businesses need a website. Business owners cannot and should not underestimate the value of a website and using unique web design elements. 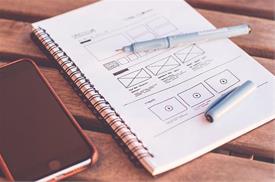 Web design- A picture which tells a thousand words! Incorporating a perfect blend of graphics, texts, and innovative technology drags the attention of potential customers and in return, increases the web traffic. Dive into the article to know the 5 web design trends of 2020!

Your web design agency might have asked you numerous questions before they began designing your website? Have you ever wondered why?