The battle between Laravel and other PHP frameworks and which one is taking the cake?

Amid soaring internet availability, business owners have started relying more on websites and mobile apps to uptrend the sales.

And considering the people and their approach to buy service or product, their strategy is absolutely right.
Business owners prepare their businesses to lock horns with user preference by hiring app or web development companies to expand the reach of their business.
Currently, there are a lot of technologies available in the market which help mobile and web development companies to build very responsive and engaging web or mobile applications. However, their most preferred technology is PHP as it lets developers select the framework from many available options.
Talking about the PHP framework, it provides structure. By using a reliable PHP framework, developers can save a lot of time as the framework suggests some parts of code and packages of framework handle complex task with only a few lines of code. PHP is having more than 10 frameworks but PHP Laravel is the most useful and widely used framework.
Following pie chart clearly depicts that almost 26% of the PHP sites have been developed using the Laravel framework. Phalcon and Symfony are also very serviceable frameworks, but not as much as Laravel. 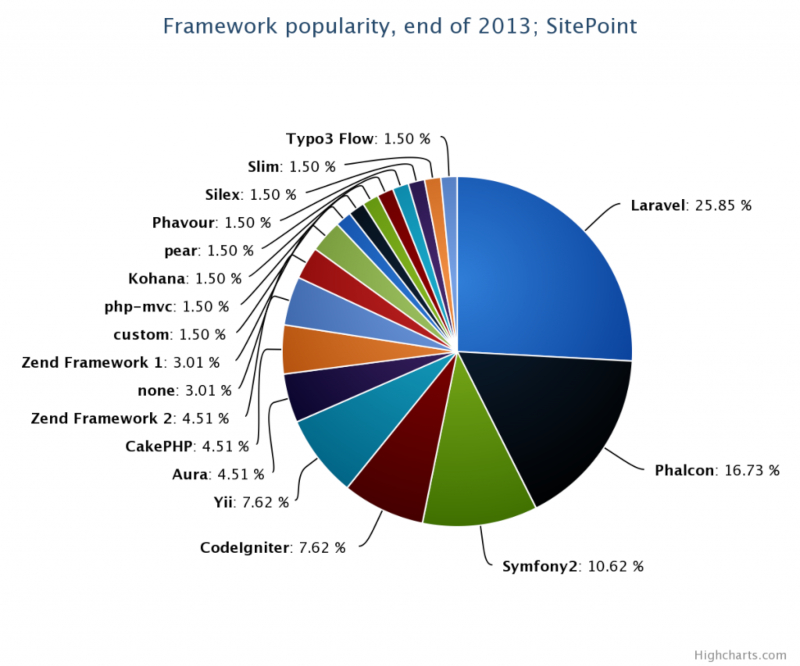 The same graph also makes us think about the reasons why Laravel is winning the battle. So, now let’s compare these 3 very popular frameworks and reveal the reasons behind the popularity of Laravel.

Laravel VS Phalcon VS Symfony

Round 1: Symfony VS Phalcon 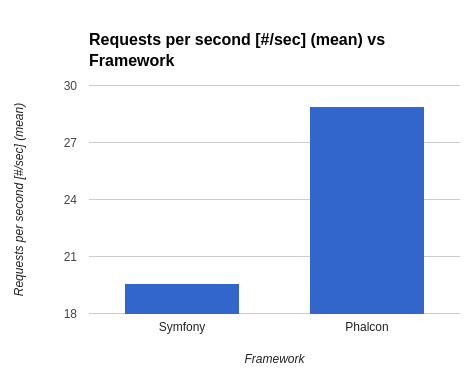 Here, if you have noticed, Symfony is leading in all minor factors, but when it comes to major factors such as speed, templating engine, code structure, and configuration process which actually influence the program directly, Phalcon is leading. Thus, the winner of round 1 is Phalcon!
Now, as we have planned, let’s compare the Phalcon with Laravel. We will compare these two frameworks on the bases of some new as well as already mentioned factors.

Round 2: Phalcon VS Laravel

After reading so far, you might have already identified the winner. Yes, it is Laravel. Though Laravel is a bit slower than Phalcon, it is leading all other factors which make it an ultimate winner.

Frameworks are undoubtedly making PHP the first choice to develop mobile and web applications. A framework does not only save time and cost, but it lets business owners deploy website or app quickly. Phalcon, Symfony and Laravel are the three most popular PHP frameworks. In between Phalcon and Symfony, one should always opt for Phalcon. But since Phalcon doesn’t have too many plugins like Symfony, choose Phalcon only if you are developing a small program and time isn’t your driving factor. However, Laravel is a better option than Phalcon. Laravel has all important in-built tools along with all necessary packages and it is also not as slow as Symfony.

Vishal Virani is a Founder and CEO of Coruscate Solutions, a leading PHP app development company which offers hire Laravel developer service. He enjoys writing about the vital role of mobile apps for different industries, custom web development, and the latest technology trends.