With the arrival of the Blockchain technology, everything seems to be changed at an exponential rate. However, much like the waves of change featuring mobile technology and AI that have hit in the past, the reality is more likely not to be a wholesale change. But it will definitely include adopting new hybrid solutions.

Now I am pretty sure that you must have learned more about the Blockchain technology, the one which seems to be powering the day-to-day lives of future generations. These services have indeed come as a boon but they even have a fair share of controversies as well. Although, the critics of the technology reduced considerably by 2016 -17 as the potential of the technology was getting more and more evident. In fact, they even distanced blockchain from cryptocurrencies and started applauding its underlying technology.

So do you think there is any chance to adopt blockchain without cryptocurrency?

Now anything that is popular is bound to have some supporters and naysayers arguing about whether this part is needed for the technology or not. Now before we get into this, let’s hold off on that for a second, and start somewhere else, whether we need blockchain or not.

Over the past few years, enterprise systems architecture seems to be radically changed. I mean in the year 2008, there were around 88% of enterprise buyers preferred on-premises solutions but by 2018, 72 percent were saying they were believers in a cloud-based infrastructure. Throughout the years, hybrid app development solutions have acted as important as bridging points.

The next evolution took place was a major shift to decentralized architectures, nothing can justify the statement apart from the Blockchain technology. At present, such technologies are high in demand to verify transactions –within digital currencies. Although, it is pretty much possible to digitize, code an insert practically any document onto a Blockchain. As soon as some of the key challenges around performance, security, and integration are resolved, it automatically decentralizes enterprise data architectures.

For instance, if a healthcare provider aims to keep customer profiles on access-restricted, HIPPA-compliant local environments, while the IoT usage data from medical equipment in the hospital can be placed in a distributed environment on the blockchain. Further below I would like to mention certain challenges that you must overcome before adopting such technologies in your organization.

Why integrate Blockchain technology? One of the main reasons could be its limitation in terms of scalability. Every fully participating node in the network must process each and every transaction. Check out some of the popular public blockchain networks such as Ethereum and Bitcoin, you will eventually find the best for low transaction settlement counts: around 10 to 20 transactions per second. When compared to centralized payment systems including Master cards and Visa, Blockchain seems to be a valid alternative.

Yes, even usability can become a barrier preventing mainstream adaption. Using the technology in its current form may not seem to be user-friendly because the idea of Blockchain is still foreign and intimidating to many. Decentralized applications will need to improve on the user experience. Of course, plenty of research has already been conducted by centralized apps surrounding the design of user-friendly interfaces. And according to the mainstream users, a good technology is a technology that they can easily use every day.

Putting trust into an invisible system instead of people seems pretty unreal to a layman, especially if they are unable to figure out such technologies. In fact, it may quite interest you to know that Blockchain networks such as Bitcoin and Ethereum have the potential to attract and add to delaying adoption. However, things are changing more and more reputable firms seems to adopt such technology and soon greater acceptance will be seen in the future. This will eventually promote the term digitalization.

Coming back to our old question: is cryptocurrency needed for blockchain adoption?

Now if we are talking about trust then, of course, cryptocurrency should be a part of Blockchain. One definitely needs the nodes and miners to do validations, which will make the cryptocurrency an integral part of the blockchain ecosystem.

The permissioned blockchain is an alternative to the above but I personally suggest to leave everything on time. It will prove what form of blockchain will prove to be sustainable eventually.

blockchain technology cryptocurrency
« Improving The Current SMS Marketing Success To A New Level Altogether
Web Design Psychology: Tips on What Is Capable of Influencing Your Visitors » 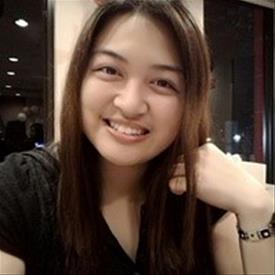 Rooney Reeves is a content strategist and a technical blogger associated with well known firm for eTatvaSoft – Web, e-Commerce & Mobile App Development Company in India. An old hand writer by day and an avid reader by night, she has a vast experience in writing about new products, software design and test-driven methodology. Her write-ups mainly features anything and everything related to the web! With the true passion for creating compelling content for online and offline media, Rooney has donned multiple hats over the past several years.