How Flutter App Development can be a Solution for Low Budget App Projects?

Mobile app development is based on the 2 popular platforms, Android and iOS.

Earlier whenever a developer developed an App, one would need to write codes separately for both the platforms. This would eventually make the process very time consuming and tiresome. However, things are no longer the same anymore and as matter of fact, there are many advanced web-based tools available in the market these days to support cross-platform development.

While developers have been constantly striving to keep up with the Global trends and attain more proficiency to develop better applications, many app owners, developing companies and developers have already begun to realize the importance of reducing the time spent on development which in other words mean achieving more in less time. This has eventually given birth to a completely new mobile development platform called Flutter. Google started the platform in February 2018.

Flutter is an open source cross mobile application development platform by developed Google and is expected to bring about a huge transformation in mobile development by making it less time consuming and of course, a lot easier than ever before. The framework is based on a C++ rendering engine, Dart programming language, and reactive programming.

Using Flutter, developers can develop 2D mobile apps and full-featured apps comprising elements like cameras, geolocation, network, storage, and more. For those who want to build applications with the most fascinating branded designs, Flutter is certainly the right platform to go with.

How is Flutter Going to be an Excellent Solution to Low Budget App Projects?

Time is a crucial factor in mobile application development. With more time taken in an app development, the expenses will eventually go up and vice versa. Now, let’s analyze the factors that make Flutter a perfect choice for low Budget App Projects.

The object-oriented programming language that Flutter uses is called “Dart” and it is extremely easy to learn. While Dart helps in faster code writing, the Hot reload feature ensures that one doesn’t need to code a program entirely just in case one needs to make a certain change in it and what it does is allow the developers to see the change or the effect right away in the app. This eventually helps one add features, fix bugs or perform any experiment faster than ever before.

As a Cross-platform, it helps You save Both Time and Effort to a Large Extent

Unlike the traditional way of app development wherein a developer would spend many hours in writing codes for Android and iOS separately, a developer would now need to write codes only once and the same code can be used for both the platforms (Android & iOS. This will certainly save a lot of time as well as extra expenses.

Developers Don’t Need to Spend Much Time on Testing

Quality assurance certainly has a huge role to play in app development. However, with the same app and one codebase for both Android and iOS, developers can now write automated tests only once unlike before. This makes the process less lengthy yet accurate.

Flutter offers a wide range of stunning widgets that can be greatly customized as per one's need. Also, it helps developers build the most engaging apps for the users and really fast. The widgets can be incorporated into the apps irrespective of the platforms and layouts.

Needless to say, app development is extremely important these days and in fact, app development is important for every small and big business to improve their sales and ROI. However, developing apps separately for the Android and iOS platforms often turns out to be very expensive especially for small businesses. Also, we are pretty much aware that the cost of an app development is directly proportional to the amount of time spent on it.

However, with the advent of Flutter, it is expected to reduce the cost of app development to a massive extent since developing apps using Flutter will take much lesser time than ever before. Furthermore, every Flutter app development Company can build apps that are even better and advanced without having to need much time. It is certainly a great news for the small businesses and hopefully, a lot of businesses are going to make the most out of it.

James Grills is a technical writer with a passion for writing on emerging technologies in the areas of mobile application development and IoT technology. He is a marketing advisor – currently associated with Cumulations Technologies a Mobile app development company in bengaluru.

The momentum in the outsourcing market is ever-accelerating due to digitization and the increased demand for various types of software. New business models, such as SaaS and Open-Source are also highlighting growth opportunities for software-based businesses. 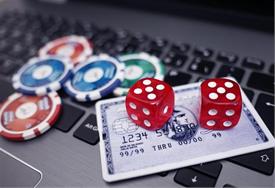 Online casinos have the unique advantage of providing their players with a broad spectrum of games. This is the result of them working with dozens of software developers, including some of the biggest names in the industry.