How eBay has become the eCommerce pioneer

A man in Renfrewshire bought a CD, in this week 1999. It’s a CD of You & I by the German heavy metal band Scorpions. It had been not especially fascinating purchased. But the booming thing was he purchased that CD for only £2.89. Now you might think what’s the wow factor in this?

Nevertheless the way of purchase was absolutely new. It was the first products ever obtained from that unknown start-up site named eBay. Subsequently then after 3bn items, almost worth of £65bn were sold on eBay UK. Together with Amazon, it has changed the way all of us shop. As per the Office for National Statistics, more than 11% of retail purchases are now obtained from online instead of within of the high street.

At present, over more than 19 million British, including Clare Balding, McCartney, Duchess of Cornwall and Harry Styles makes their purchase from eBay. You won’t believe me, whenever I feel bored I used to read several blogs because I love to do that, but about the unbelievable thing I am talking about is there are numbers of people who have got addicted or consider eBay as their hobby. There are also some people who have made their career and others are in a position to make it a profession, and more than 2000 British people have become millionaires through eBay.

One of the eBay users, last Christmas listed her all presents on eBay, she got from her ex- partner. Each of the present was unopened. She listed her presents with a message, “Came back to home from a wonderful Christmas vacation with my parents and found theses presents left under at my door.” She even mentioned in the listings "7 undesirable, unopened Christmas presents.” I do not know what’s in this. It might be a perfume, make-up or jewellery. Delight yourself with a surprise or present it to any of your family member or friend. My personal reduction is your gain.

The very best nine eBay searches start with an 'i' like iPad, iPhone and iPod.  A person named David Taylor from Grimsby listed his forehead space as auctioned as promotional space. Another person Eric Hartsburg made $15,000 for the Mitt Romney’s “R” marketing campaign. He tattooed on his head with a tag line "I am a registered Republican and a Romney supporter."

Five years ago, Mark Radcliffe became Britain's very first eBay millionaire. Just like Mark, Christie Foster became 45th numbers of a millionaire after moving her baby products online with eBay integration. She said: "We were only limited to various physical markets, but as of now we are on the world’s biggest market."

One of the best analysts Douglas McCabe said eBay has almost lost traction as a market auction organization. However, it has become very successful as a multichannel eCommerce solution. It lets anyone to set up an online store; it doesn’t matter wherever the person is it allows trading the products at fixed prices. By providing such wonderful facility, eBay has itself placed itself in the competition with play.com, Amazon and hundreds of numerous businesses.

However the company has been highly praised for its untimely implementation associated with mobile phone shopping. This made eBay as one of the most popular retailers on cellular phones according to Ofcom.

Sadly, last week eBay was crashed offline. It was for the 10th time eBay suffered from such major cyber attack. However, it has comprised the personal data of more than 145m consumers.

Initially, when eBay was incorporated, they wanted to known eBay as Echobay.com.  Because it sounded pretty cool. However, the name was taken eBay and continues to be ranked with massive earnings with £2bn. Now more than 33,000 people are working for eBay. It has a market of $65bn. 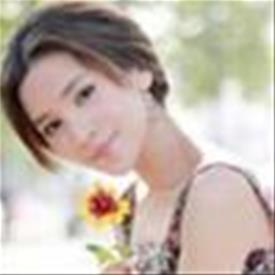 Rebecca Smith is working in internet marketing filed since last 10 years and she willing to interest to write about multi channel integration which play vital role in eCommerce business.