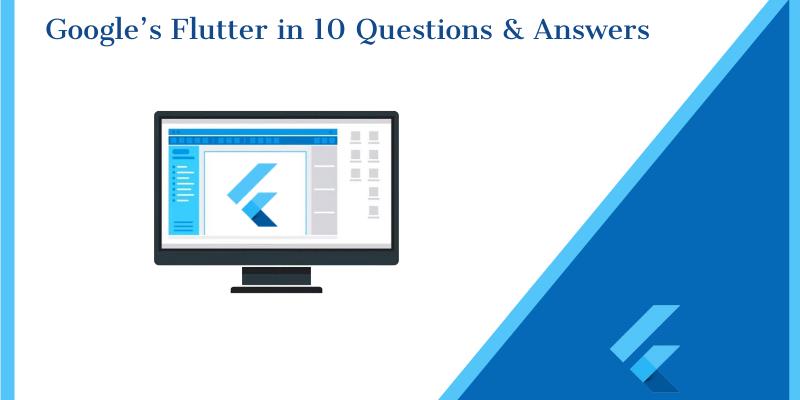 For the past few months, Flutter has gained a lot of popularity among developers.

You have probably seen the result of it when you order from Alibaba or work on Google ads. Even more fascinating fact is that it is around only for a couple of years, including the beta version. Even with this hype, not a lot is cleared about it. Hence, we decided to give you an overview of what Flutter is? What can it do? All of these questions are answered in this article below.

Flutter is an open-source mobile app development framework that allows you to develop a cross-platform app from a single codebase. The first alpha version was released in May 2017, but the first stable 1.0 version was released in December of last year.
Apart from Android and iOS, Flutter will also be used for developing applications on Google’s upcoming OS, Fuchsia. Fuchsia is under development and is thought to gradual replace Android.

What is Dart? And why was it Chosen?

Dart is an open-source, object-oriented programming language created by Google. It is the language used in Flutter because it can compile both AOT (ahead-of-time) and JIT (just-in-time).

The best thing if it is easy to learn Dart if you already know other programming languages like Java.

What are Flutter Widgets?

A flutter app is also referred to as Tree of widgets. Each node in this tree is a widget. In simple terms, you create small widgets to develop a bigger complex widget. This is called composition over inheritance and also used to create pages.
There are two types of widgets in Flutter

How Varied are Flutter Widgets for Android and IOS?

Let’s start with Android, and there is a big set of widgets, especially for Material components. You can easily use these complex components compared to Android development. Many of which come as a ready-to-use UI component with Flutter.
For IOS widgets, the set isn’t as big. But there are enough for development. But this is not a problem because the widget is so customizable that you can create anything you like.

Are there Any Flutter Apps on App Stores?

According to the number shared on Flutter live event in December 2018, Google Play Store has more than 3000 flutter apps with more than 200 million users. Many of which have been very successful such as:

Why should you Choose Flutter?

I think Flutter has a lot of value in the future. So, it is wise to learn it because Google is building its new OS on its base. Other than that, there are several reasons like –

So why not go for it.

Where Can I Learn Flutter?

Flutter is the color of the month; lots of people want to learn it. For this reason, you will see a lot of teachers giving online lectures on it. But as mentioned earlier, it is hard to believe in anyone. So, it is better to learn Flutter from trusted sources like Udemy, Coursera, etc.
Even lectures from popular experts will do. You can even get free classes from many such courses, but remember to get a certificate for your course. This helps when someone wants to hire Flutter developers.

There are obvious advantages and disadvantages of Flutter over React Native. It is cross-platform and shows changes in real-time. However, it also doesn’t convert your widgets to OEM widgets.
Hence, it is hard to say anything for definitive, but all of it depends on how Fuchsia performs. If it takes over Android, Flutter will definitely take over React Native. If not, then Google has to make changes to Flutter to make it more desirable.

Is Flutter Limited to the Mobile World Only?

Absolutely not, you can also develop Desktop apps using Flutter. It has a framework for web development, named “Hummingbird”.
If you are thinking, how is it possible, then you should know that Flutter isn’t dependent on the platform’s resource. It creates its own UI and renders it on its own as well. This makes Flutter very powerful and portable.

How to Hire Flutter Developers?

So, if you are looking to hire flutter developers, the best thing is to hire experienced programmers who have done work with Flutter before. You can get them from hiring platforms or contact an app development company like Digitalogy for your requirements.
This is because Flutter is very young, and not a lot of people know about it. Hence, you would only be wasting time if you hire a novice.

Hence, we can see Flutter is easy to operate and has a lot of advantages and future development due to Google. But it also has a few shortcomings which need to be addressed in the next version. Having said this, you should immediately learn and use Flutter because it’s application will only increase with time. Hopefully, now you have a better understanding of Flutter. 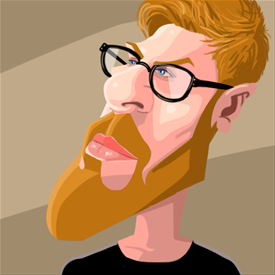 Claire D. is a Content Crafter and Marketer at Digitalogy which is the best marketplace to hire flutter developers for app development. He specializes in technology and businesses. He is passionate about blogging and helps his clients to achieve online success. You will often find him at business conferences.