Explanation of why the app development costs are high

A complicated task is to estimate the exact sum of money required to develop an app. It’s like asking what the price of a house will be. Sure, the price greatly depends on a type of a house and its location. You know the price gap between a house in Fort Lauderdale or a mansion in Palm Beach.

Let’s find out which factors influence the budget needed to develop an app.

Before building an app, make sure:

Your app meets all requirements? Great, let’s move to another step. Now it’s high time to take the bull by the horns and plan the budget that you’ll need to bring your app idea to life.

According to the survey conducted by Kinvey, companies spend around $270K to build a business app of the middling complexity on average. The price of complex apps with advanced features starts at $100K. But a simple app with basic features can be developed for around $35K.

Budgeting an app development is quite complex. Any app development agency can’t estimate the final costs precisely out of the blue. There isn’t a price list for apps like in any other industry. The costs depend on many variables (features) that your app may have or not. And the price gap can be huge.

Also, you have to decide what your app will do and a platform - Android, iOS or both. Note, the costs depend on who will build an app - freelancers, outsource agency, offshore development team, or an inland agency.

As you can see it’s easier said than estimating the exact budget for app development. But here is the ultimate guide to budget planning.

Who are you going to hire?

Hourly rates vary considerably depending on the location and experience. An average rate is about $28. Keep in mind, hiring a freelance app developer, you may face the lack of communication, setbacks, non-compliance with deadlines, and difficulties connected with time differences.

The prices also vary greatly depending on location. An Indian mobile app development company charges $18/hour, and at a US company the hourly rates start at $50.

If you’re in the U.S., be prepared to pay kilo bucks as here the rates are the highest. As we mentioned, the cost is estimated by a project. Assuming that you need around 600 hours to build an app and at the average rate of $52/hour, we get $31, 200 for a simple mobile application.

After choosing a development team that suits your budget and needs, talk with your developers about the type of your future app. Three types of mobile applications are defined:

Each mobile app development platforms have own tools for development as well as interface elements. Native apps are coded meeting the requirements of a particular operating system and device. Such apps deliver high reliability and unmatched user experience. The prices vary between $25K and $50K for each platform. If you want to support iOS and Android, multiply the price by two, etc. The more platforms you want to reach, the more you have to pay.

The apps work through the Internet via a mobile browser Safari or Chrome. Web apps are the cheapest solution when it comes to the development. Basic app of such apps cost between $5K between $15K. Note, Google prioritize website designed for mobile. Consider building a responsive website first.

These type of apps are somehow a mixture of Web and Native. They are faster to build than native apps but still, it takes longer to develop a hybrid app than a web. A hybrid app has some limitations leaving a native app the only option in many cases. When comes to the budget, a hybrid app cost around $10K.

The last but not the least decisive factor for the app budgets is its features. Each feature has its price, and hence, the more features you add to your app, the higher the price would be.

If your app needs to update information in real time, search data and show the results, your app has to connect to servers. Building such feature will increase the time required for development. And as a development agency charges per hour, the price will come up.

If you need a user registration, get prepared to pay a pretty penny for that. The development of registration feature may induce the implementation of the 3rd parties APIs doubling the initial app development costs.

The simplest design for the app will take a month or even less but more sophisticated design solutions with advanced interactive solutions will last at 3 months. And the number of screens also influences the time required for the design.

To sum up, there is a vast number of factors estimating the final costs of an app. No one can provide you with accurate budget planning. But we hope that after reading the article, you have an idea how to plan a budget for an app. 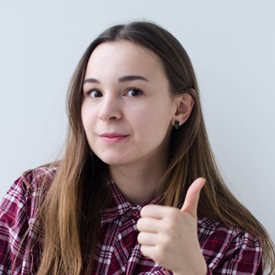