Developer Opportunities In Retail: How New Tech Can Help Boost The Industry

Even before ecommerce began its ascent to global dominance, the retail world was an appealing target for technological innovators — supermarkets such as the UK’s Tesco were testing sophisticated customer-tracking loyalty programs in the mid-90s, finding crafty tactics for getting regular buyers to spend more money.

And even though the online retail formula has become very polished by now, there’s still plenty of room for growth — room that merchants will continue to fight over. The money on offer is too good to do otherwise. It’s a particularly interesting time for developers aspiring to great success, because every retailer is on the lookout for the next innovation.
So what are the innovations likely to prove impactful in the near future? How can nascent tech enhance or even transform the modern-day retail experience? Let’s take a look.

Increasing the level of personalization

The large quantities of data collected by early loyalty schemes were nothing compared to what’s on offer today. Through complex event tagging and social logins, modern sellers can get incredibly specific with their targeting, with the main barrier being limited analytical tools. To put it differently, the ingredients for astonishing levels of personalization (see hyper-personalization) are all there — we just need systems capable of putting them together.
Imagine, then, a new breed of big data algorithm capable of seeing tiny connections in data sets and reaching smart conclusions. Such a thing could go far beyond Amazon’s influential dynamic recommendation system, suggesting products and reshaping content in broad ways. And since even a fractional increase in conversion rate would be a huge victory, the potential is massive.

Rather than sounding the death knell for brick-and-mortar retail, ecommerce is essentially pushing it to adapt: to do better, and find ways to make in-person shopping worthwhile. In fact, while these two methods are often in competition, they’re actually quite compatible — as evidenced by the development of POS systems to bring them together.
Case in point: Shopify offers a full hardware POS package featuring everything someone would need to run a classic store, only with a twist: all purchases go through the standard Shopify ecommerce system, being counted alongside the online sales. Now that it’s so simple to run a store that’s online and offline, it raises interesting questions about what retailers can achieve with this — and provides opportunities for developers to get creative with the software side, with the hope of one day creating fully frictionless stores (along the lines of Amazon Go).

If you’re going to stand out from the pack, you need to bring something special to the table, and that’s where experiential marketing becomes a key factor. In essence, it concerns the use of varied sensory tactics that are more impactful than conventional marketing efforts. For instance, if you had a physical store, you could host a live music show and stream it to online customers in high-quality and 360-degree video for VR — offering a great experience to all shoppers.
Technology is mostly going to enhance this form of marketing for online stores. There are already AR apps capable of previewing how items of furniture will look inside homes, but as cameras get better, phones become more powerful, and code standards go up, this will grow in sophistication — perhaps until a shopper can form a full virtual recreation of their house with relative ease, allowing them to rapidly sample various designs.

Lastly, there’s so much room to improve efficiency in retail that it might be the biggest opportunity for technology to improve things. Checkouts can be made faster, not to mention simpler. Shipping can be smarter, with more economical use of packaging and faster fulfillment times. Powerful chatbots capable of parsing natural language can render the customer support queue essentially obsolete.
If you’ve ever thought about getting into development for retail, that’s probably the best area to try, because there are still plenty of stores that use highly-inefficient methods. And since there’s no such thing as a perfect retail store, efforts to yield maximum performance will continue in perpetuity, making it extremely stable.
We’ve looked at four ways in which tech can still do more in the retail world, but this isn’t an exhaustive list. There are plenty of opportunities out there for ambitious developers interested in the commercial world, so what are you waiting for? Get developing, and see where it can take you.

boost business with technology increase personalization level online retail formula
« We are changing the world with technology
Why Does Every Leading Remote DBA Expert Rely on SQL? » 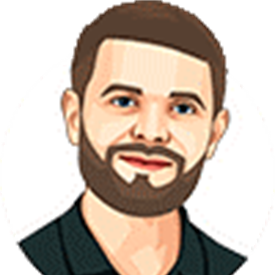