What is Blockchain Technology? A Step-by-Step Guide

Blockchain Technology is a system of block software that aims to track, record, analyze and pass on information. Most financial and crypto firms are using Blockchain technology. Read on to know more.

The world is experiencing a digital technological revolution. More and more companies are innovating and finding means and ways of accelerating processes, cutting down on structures and promising a seamless and convenient experience.
Blockchain technology burst into the scene with the advent of digital or cryptocurrencies. The structure enabled financial transactions across countries and continents. Even though Blockchains emerged from the cryptocurrency framework, it is now finding usage in different applications and industries.
In this article, we will look at some of the basics associated with Blockchain technologies. We will also be looking at how this is changing the world for the better.

When someone by the pseudonym of Satoshi Nakamoto invented Blockchain to help with the sale, resale, distribution and mining of the cryptocurrency, Bitcoin, the world stood up and noticed. Even though Bitcoin is still worth billions of dollars in valuation, interested parties started taking a keen interest in Blockchain technology.
In simple terms, Blockchain technology is a digital and incorruptible economic ledger of transactions that works according to time stamps, data recording and strong computational powers. Two main watchwords have defined Blockchain Technology- Decentralization and Distribution!
Blockchain technology allows information to be decentralized and distributed along a path through blocks. This ensures that all parties involved in the transaction are aware on what is the status of the flow. However, the safety and security built into Blockchain ensures that even though the files/information are distributed, they cannot be copied.
What is even more compelling is the fact that Blockchain technology does not allow any individual stakeholder to alter any component of the information. Every stakeholder can view at all times whether any change has been made in the original transaction. They can also view who has made the changes.
This ensures safety, security, transparency and works as a trust building exercise across the board. I have already mentioned that Blockchain started as a transactional form for cryptocurrencies. However, of late it has been adopted in many other industries including, supply and logistics, finance and Ecommerce.

In the last section, I tried to define and understand some of the basics of Blockchain technology. In this section, we will look at some of its advantages.

Being free from one single control, Blockchain is the most democratic economic transaction framework in the world. No one person, institution or authority has control over it. The system works on a shared principle. It also works to ensure accountability, responsibility and transparency of operations.

Financial companies like Visa, MasterCard and Banks earn billions of dollars on every transaction that is made. We are talking about Debit Cards, Credit Cards, Internet Banking, and Payment Gateways and so on. Blockchain eliminates all the transaction fees from payments and transactions. It seeks to connect the buyer and the seller is one single transaction. This means costs come down and intermediaries get eliminated.

All information on Blockchain technology is immutable. This means that no one entity can alter it to suit their own advantages. The data being stored across millions of databases, it is impossible to alter every one of them. This breeds goodwill, faith and honesty in financial and other economic transactions.

Blockchain technology is quick. It is faster than any other digital transactional mode or channel in the world. Even though the system is connected on thousands of computers and databases, it works with lightning fast efficiency. This helps in cutting down approvals, payments, transactions and orders. The result- a faster, more efficient system of operations for businesses.

The Main Challenges to the Adoption of Blockchain Technology

If Blockchain technology would be properly adopted and utilized it would render billion dollar businesses obsolete. Think of all the businesses that are merely platforms for connecting buyers and sellers.
The biggest company of them all, Amazon is just a platform. Imagine Blockchain technology cutting through Amazon and connecting buyers and sellers directly, without any intermediary in between. You could buy everything from the seller directly. This would lead to prices going down as you would not have to pay PayPal fees, Amazon commissions and so on.
There would be just two parties benefitting from this- the buyer and the seller! Think of other similar businesses, which work to connect buyers and sellers. You will find that Air BnB, Uber and others become irrelevant.
Blockchain is a threat to businesses, which have just offset the traditional brick and mortar businesses. It is also a huge threat to banking and financial institutions across the world. Even though some businesses are trying to work their way towards Blockchain technology, there is a huge lobby negating its many advantages.
In the last few days, many of the biggest original Founding Members of Facebook’s new cryptocurrency have backed out after pledging their support to Libra. This is because something new and disruptive has the tendency of making the old order redundant and antique.

Even though the world is critical and skeptical of cryptocurrencies, it is trying to learn more about Blockchain. In the next few years, Blockchain technology is going to become a fundamental game-changer in the way international businesses are conducted.
The financial world is experimenting with Blockchain technology in the biggest way today. Big logistic companies and infrastructure companies are also looking at Blockchain applications. By eliminating human errors, manipulations and faulty transactions, Blockchain aims to being about the highest levels of accountability in all our digital dealings.
Do let us know what you thought about the article in the comments section below. Can you think of an industry, which can benefit in a big way from Blockchain technology?

Mashum Mollahis an entrepreneur, founder and CEO at Viacon, a digital marketing agency that drive visibility, engagement, and proven results. He is a passionate blogger and blogs at iDreamAgency. 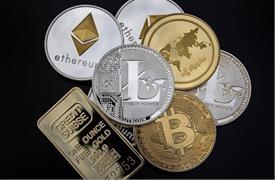 Crypto trading security: useful tips on how to trade safely

Cryptocurrencies are usually safe in themselves because they're based on cryptography. It is impossible to "hack a blockchain" or a private key. 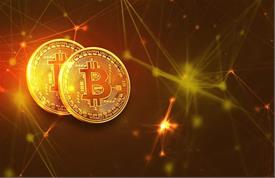 4 Reasons Why Blockchain is the Future Technology

The blockchain gets more and more integrity with all fields of life, though financial organizations are still main introducers of this innovation. 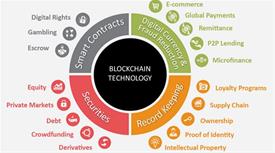 The Internet has brought the entire world a platform for many purposes. With the boom of growing cross-border businesses, digital payments are an immense hit.

Blockchain is one of the most rapidly spread and valued technologies of this century. Blockchain gives enormous quickness and impenetrable security measures.