Unless you have been coding your css inside an underground shelter for the past 4 years, then you have probably heard of Sass. Sass stands for Syntactically Awesome Style Sheets.

According to its developers , „Sass is the most mature, stable, and powerful professional grade CSS extension language in the world.“

Sass – is awesome. It allows you to use variables, nested rules, mixins and other great features that makes writing CSS easy and fun.

Only one thing that is missing , is a GUI compiler – and that's where Koala steps in.

Koala is a straight forward GUI application, that compiles Saas ( and also less & coffeescript). It is open source , and can be run in windows, linux and Mac.

First you need to download Koala and install it. After you launch it for the first time, you'll see this picture below. 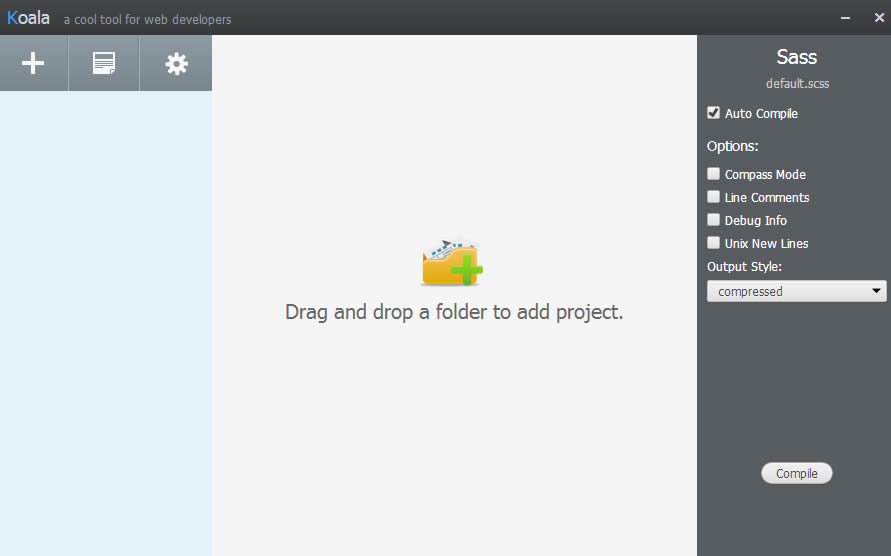 Now you have to open navigate Koala to your project, Sass will then list all files it can find. 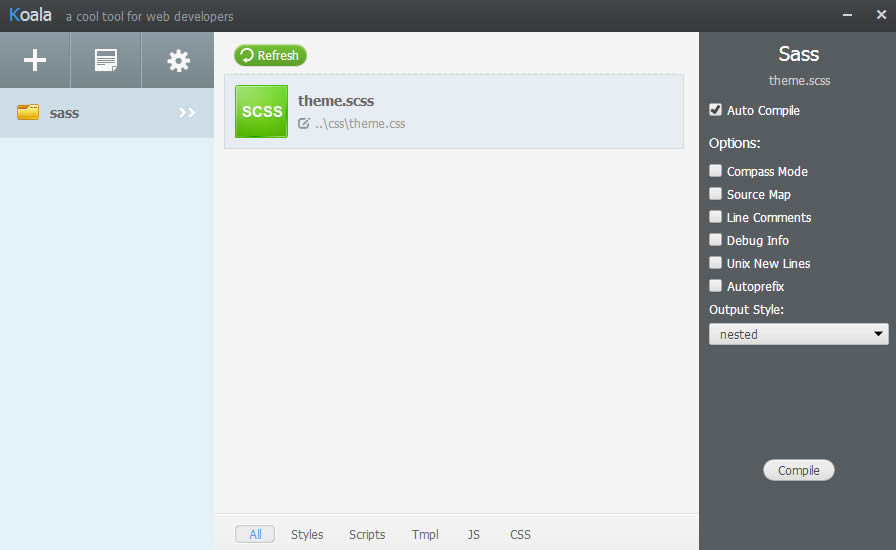 Now all you have to do is select any listed Sass file and press compile. Koala will then compile your file and produce a normal CSS file using the same name. That’s it! No complications. No typing commands in a console. Just drag, select and click.

Unlike regular CSS, Sass (SCSS) is a real scripting language, with expressions, functions, variables, conditional logic, and loops. You don’t have to use all of these features to get some benefit out of Sass, but they’re there if you need them, and on large projects they can make complex or repetitive CSS much easier to write.

If you already know a little about Object oriented programming, you'll love Saas. There are various things you can do with Saas, and in this introduction I'll just show a couple of them :

I am a Digital Marketing expert working for Ingenium on various projects. 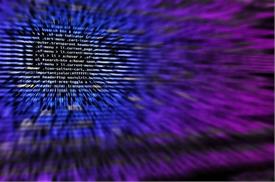 How to Create Responsive Ads Using HTML5 for Display Advertising