How to Successfully Launch an App with Influencer Marketing 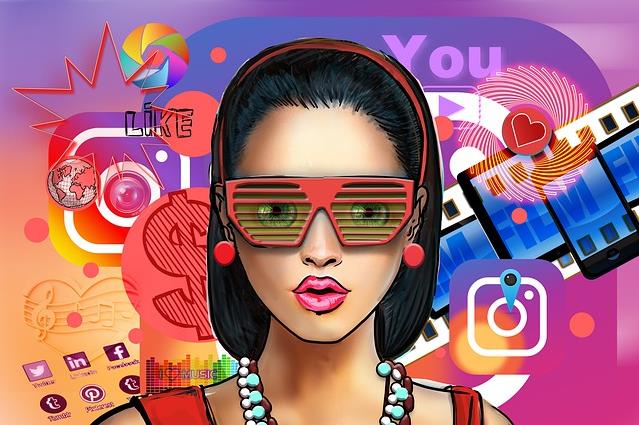 Using influencer marketing helps newly launched apps be seen by a larger audience. Launching a successful app can be hard in today's busy electronic world. There is a substantial abundance of apps already on the market, as well as new ones released everyday. Using influencer marketing is an easy and efficient way to advertise a newly released app. Influencers with a large following making one post could change the fate of your app's fame.

When the TikTok app first launched they needed to be seen and used by already popular influencers to generate a following. TikTok worked with NeoReach, an influencer marketing agency, to brand their new app. The campaign activated influencers from all ages to help generate a following from older adults as well as teenagers. Collaborating with existing influencers on other social media apps such as Instagram and Youtube helped to get the app running.

Once it took off, NeoReach was able to help cultivate an entire new influencer community on the TikTok app and propel the campaign reach to over 179 million people. Now TikTok has taken over the youth in America. The trends from this app are seen and heard on the radio, in advertisements, and in local stores. Working with NeoReach and influencer marketing to launch TikTok was a massive success.

How to Run an Influencer Campaign to Drive App Installs

1.Target the correct audience by working with influencers with related fan bases.

2.Market the brand/mission of the app through influencers on other social media platforms.

7.Have influencers encourage their followers to engage with them on new apps through sponsored content on other social media apps.

8.Use hashtags to boost brand awareness.

9.Optional: Add a paid media spend behind the campaign to boost posts, drive engagements and supplement the influencer campaigns.

Youtube has become a major source for decision making. While people still read reviews online, listening to a famous, well liked youtuber is simply more in! Rather than reading, consumers now listen to their favorite influencers advertise new games, apps, and appliances and hear the reviews straight from them.

Often times Youtube influencers will even demonstrate app usage on their videos so viewers can see first hand what the graphics look like, how the app is set up and used, and get a taste for what they would be downloading. This version of advertisement is much more engaging to the audience as they are left with a visible image of exactly what they could be purchasing.

Not only are these demonstrations powerful in that they leave a lasting image on the consumers but they are also normally coming from an influencer that the said consumer likes or has heard of before. Youtube is designed to show users a large array of videos on their feed from channels they are subscribed to, to recommended videos of topics they frequently watch on the app. Influencer marketing targets these consumers by pairing the correct Youtube influencer fan base with the correct content. For example if a specific influencer posted first person shooter video gaming content, an ad for an app similar to that content would be placed with that influencer.

This strategy is used for Instagram, TikTok, Twitter, and all other social media as well. In 2015, Walmart used influencer marketing through to promote their Star Wars disc collection release. Only working with ten influencers, the campaign was able to help Walmart double the conversations about their product and generate 27 million impressions.

The key strategy used to see this success was targeting the correct influencers with an alike following to the product. Working with influencers that had a significantly large following of Star Wars fans matched the correct advertising with the consumer.

This strategy can be used with any app launch or product! The internet is full of influencers with fan bases that are interested in everything. Nowadays there are influencers on every social media for just about any imaginable topic with a following. Promotion for a new app launch has never been so easily accessible.

How You Can Get Involved

Working with an influencer marketing agency is the easiest way to get started working with influencers. They already have relationships, better rates, and operational efficiencies to get amazing returns on the campaign investment. Releasing an app and getting it to actually be seen can be very difficult in today's world. Influencer marketing is an easy and effective strategy to use, but it can be hard to make this success happen alone.

Reaching out to an influencer who could actually generate a following on a newly launched app would be difficult to get a response. Most of these influencers receive tons of messages on all of their platforms everyday and do not have time to go through and read and respond to every single one. This is where an agency comes in to help pair content launchers and brands with influencers. By using an influencer marketing agency you skip the hassle of messaging influencers and getting no reply.

Marketing companies are able to get in contact with influencers with a higher following that a single person would not be able to access. This is essential as most campaigns use at least one mega influencer to drive up downloads quickly. Contacting smaller influencers on your own would not result in large success as it would be difficult to get a reply and generate a following in a timely manner if you did. Agencies have access to influencer contacts involved in every community and will help you get your app out there at the right time.