How a VPN Can Protect You from Hackers

How a VPN Can Protect You from Hackers

The limitless potential of the internet and its usefulness cannot be overstated. We can’t think for a moment going a day without using the internet to some degree.

More and more devices are getting online each year, and it’s a challenge to keep them all safe.
Because make no mistake, the internet can bring harm to your device and your personal data if you’re not careful. It should be a rule in every internet user’s book to learn about the common ways malicious users attempt to steal your data or the dangers of using public Wi-Fi hotspots without security.
The most basic form of security that comes built-in with operating systems like Windows is Firewall. But tech savvy people will know how little it does to prevent data theft. This is where VPN (Virtual Private Network) comes in to save the day.

How a VPN Works?

VPN stands for Virtual Private Network. It’s an end-to-end connect which you establish between your device and a VPN server. VPN servers are similar to your ISP’s (Internet Service Provider) server in the sense that it handles your internet requests.
In a normal scenario, your internet traffic flows through the ISP’s server. It puts your online activities at the mercy of the ISP. It may decide to record logs with a unique ID associated with you, like MAC address and IP address. It’s common in countries like the United States where the government monitors users via ISPs. Then there is the DMCA which is ever active to identity copyright infringement. You may end up a notice from the DMCA if you unknowingly downloaded or streamed copyright content.
When you’re using a VPN server, internet traffic flows through this server instead, thus, preventing ISP monitoring.
Encryption is the second pillar of VPN which adds a strong layer of protection. Encryption is a method of using complex algorithm to scramble data so that it appears unreadable. It can be deciphered only with a special key which is shared between the VPN server and the device.

Protect Yourself from Hackers

We’ve talked about how encryption can significantly secure your data. The top VPNs in the market make use of AES 256-bit encryption. When it comes to encryption, it’s as strong as the cipher that was used to encrypt it. So, the stronger the cipher, the stronger the encryption.
AES 256-bit encryption is known to be highly-reliable and is used even by the US military to encrypt communication. The massive amount of computational power required to crack an AES 256-bit encryption is so high, that it lends the cipher reputation for being impossible to crack.
Security like VPN is hugely important when using unsecure networks like public Wi-Fi hotspots. They are generally unsecure and leave the gates open for hackers. Someone on the same network could intrude on your internet traffic and steal personal information.
Another aspect of VPN is how it makes you anonymous on the internet. VPN works by granting user a private IP address with which the user can browse the web. The IP address originates from the VPN server and masks the user’s actual geo-location.

The internet is not entirely accessible. Some of the content that exists can only be accessed from some regions. For example, the popular digital streaming service Netflix operates with geo-restriction. That means that content available on the platform may not be available on another. This is why VPNs have become a popular way to stream digital content, because it allows you to spoof your actual location.
Government censorship is a real thing. VPN lets you easily access them by switching over to IP address of a different country.
VPN gives you security, privacy, and freedom while you surf the web. Pick from the best VPN services which have dedicated apps for four major platforms: Linux, Windows, macOS, Android, and iOS. The apps are easy-to-setup and does not require effort on your part to begin using. Because VPN be configured in the Router, the compatibility extends to 20+ devices that includes Kodi, Apple TV, PS4, Xbox One, etc and then start your VPN journey.

VPN hacker protection what is VPN. Internet traffic ISP
Share:
« 5 Steps on How to Manage and Deal with Fake Negative Google Reviews
How Do Software Developers Stay Up to Date With The Changing Technology? » 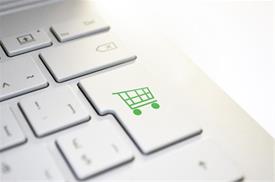 Need Financing for Your E-commerce Business? Here are 3 Things that You Can Do

Finding financing as an e-commerce business is not always easy, especially when you didn’t have the time to establish a business history. 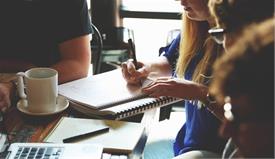 Top Ways to Get Happier Customers

Happy customers are the ones that will come back to your business to buy again. They will tell their friends about you, and follow you on social media.

Technology has changed every aspect of life.

Need Financing for Your E-commerce Business? Here are 3 Things that You Can Do

Top Ways to Get Happier Customers