Building An Entirely New Internet - Is It Possible With Blockchain?

You might have heard of Bitcoin. And wondered, why should I care? It’s just another technological revolution that would ultimately be replaced by something much better.

Providentially, that’s not the case at all. This crypto currency is just a trailer to a new internet world called Blockchain!
Don’t know what Blockchain is? Let’s have a quick review of what this ultra-legendary invention is all about:

What is Blockchain Technology?

Though the technology is complicated, it generally consist of two units: Block and Chain.

Though seems like a simple technology, Blockchain is a revolutionary technology. It’s been a hot topic since 2009, when crypto-currency and bitcoin came into existence. Initially it faced much opposition, but gained much popularity after bitcoin grew famous.

Decentralization-EVERYONE SEES EVERYTHING with Blockchain:

The eventual benefits of Blockchain comes from the fact that it is decentralized that is NO THIRD PARTY involvement.
Let’s take an example of Amazon, for every buyer and purchaser to trade, they need to access amazon. All the information is stored with the website making it a central body. This gives Amazon the authority to access and edit the information.
But with Blockchain, there is no interference of third party. Every information and transaction is stored in bitcoin which is viewed to everyone. Since everyone has the access to the block, there is no centralized body.
Moreover even if someone try to change the block, he will have to change it through every computer which is near to impossible.
Thus with the advent of bitcoin, we are stepping into a new world that will have:

Say No To Scam With Blockchain!

It is not far from truth that current internet allow multiple scams to play with your identity and wallet not only on trading websites but freelance websites too. Many scammers get their work done without paying the freelancer.
Blockchain being ultra-transparent would make visible every click you make on the internet. For example even if you want to buy compare and contrast essay, the bitcoin will not send you the required file till you make the transaction.

The Future of FAANGs with Blockchain:

While most of the data is controlled by third parties called FAANGs (Facebook, Apple, Amazon, Netflix, and Google) under current web world, will they exist in future? This is a big question that worries millions of businesses.
While FAANGs work under complete centralization, blockchain is an opposing algorithm that utterly operates with decentralization.
We share all our personal data on these sites. Though seems like much of the trustable sites, they are vulnerable to hacking and controlled by third parties.
Thus blockchain though completely secure for us will raise a question on the rising businesses of FAANGs.

The forthcomings of AI and Blockchain:

Though blockchain alone is enough to flip our entire world upside down but when applied with Artificial intelligence, is a deadly combination! It will not only change our daily lives but the entire concept of digital marketing.
Imagine there are be no marketing agencies and you are directly paying blockchain for promoting your business or an AI giving you narrative essay writing services or a world without Google!

Though the advents of blockchain are yet to discover, we have an insight of how it will change our entire world. Not only will it improve the security, but viable and authentic sharing of information. But is it a real blessing or just a curse in disguise?

Peter Watson is a writer and researcher at assignment writing services. He loves to read and write about technological revolutions. You can find him playing tennis and capturing animals when he is not writing. He loves to travel and explore the world. 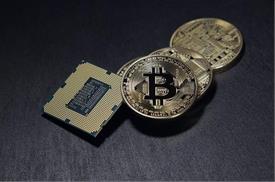 Where can I exchange crypto fiat?

Cryptocurrencies offer many advantages. They are easy for paying for goods and services, sending funds abroad without fees, and you can even earn money on the cryptocurrency market. 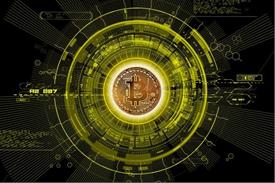 Bitcoin investment is the largest in the crypto sector today.

There’s no doubt cryptocurrency, and its incorporation into everyday life is here to stay.

The world of cryptocurrency can be intimidating to those who are new to it, but there are many different models for trading and investing in digital currencies. 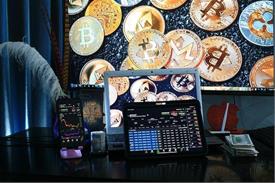 There are many cryptocurrency exchanges in the market and sometimes it is difficult to pick one that would fit all the user’s needs.