Think about the last few years ago as a front designer/developer, you had to code hundred lines of Cascading Style Sheets (CSS) to bring up a basic and simple website skeleton.

You could have spent a lot of time fixing simple proximity problems & making a separate layout for each viewing screen as well as gadgets. Even you possibly had to itch your head due to fixing cross-browser compatibility issues.

But these days every little thing is super easy, CSS frameworks have become the foundations of web projects & made easy and simple web developing streamline. The majority of these frameworks consist of many grid systems, cross-browser & device compatibility fixes, custom layout & a lot more opportunities for web design company as well as a web designer. Below are the 5 most favourite CSS framework, which serves your need the best.

Foundation is among the most responsive, scalable, and lightweight framework on the internet. This framework is preferred among the millions of designers & developers due to it are out of the box facilities.

This framework is a mobile-first flexible, twelve-column grid, which can scale to an arbitrary size, customizable control handles & pre-built layouts. That means you could build complex layouts without creating many custom elements.

Bootstrap is a very popular, easier, and faster front-end/user interface development HTML, CSS as well as Javascript framework. This framework is running in millions of awesome websites all over the web and giving ultimate scalable & flexible opportunities.

The framework comes with a mobile first, a responsive fluid layout that effortlessly scales up to twelve columns as the viewport or device size maximizes. That also comes with a lot of components, including Dropdown, Modals, Tab, ScrollSpy, Popovers, Tooltips, Carousels & many more.

This framework is driven by CSS preprocessor that allows you to customize & build designs a lot faster as it was not before. Gumby framework comes with twelve grid layout system, which divides the browser's space into twelve grids & supports nested gridding.

The framework is accessible with feature-rich documentation & support for Internet Explorer 8 along with all the open source modern browsers.

Skeleton is another most favorite CSS framework nowadays that takes pride in being minimal. The framework is basically a set of 3 CSS files gives the tools get your project up & running rapidly. Buttons, layouts, typographies, and forms are all accounted for in this cool framework. Since it is one of the smaller frameworks, incorporating it into your next project and stays painless and fast.

This framework is structured around organic language conventions, empowering developers & designers by generating a language for sharing UI. The Semantic UI framework supports some awesome stuff like 3D animation, according elements & provides a number of UI elements with real-time debug outputs, which allow your code notify what it's doing.

Semantic UI is an awesome & slick user interface kit utilizing LESS. The framework is fully responsive come with tons of features such as ability to add a 'disabled' state on images & icons that could be formatted with numerous colors & sizes.

There you've it! The 5 most favorite CSS frameworks out there right now, which you should be utilizing. When it comes down to it each has its advantages and disadvantages, but in general, you should at minimum be trying to utilize one of them to streamline your build process. Yes, there are lots more CSS frameworks throughout the web, each of them works with their own philosophy & noteworthy for exclusive features. This article quoted some of them that are most popular and used in daily projects. Hope our nimble effort, helps you a lot. These frameworks help developers to adopt best practices to design websites. 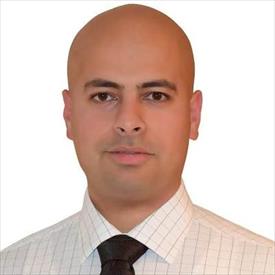