If you are interested in the stock market, there isn’t a chance that you haven’t heard of Warren E. Buffet. He’s the second richest man in America with a net worth of $44 B, only next to Bill Gates’ $61 B. He is the founder and CEO of Berkshire Hathaway (BRK), a holding company which owns subsidiaries that engage in diverse business activities. When it comes to investing in companies, Warren Buffett is THE MAN! Berkshire Hathaway had an overall gain of 513,055% from 1964 to 2011.

Although super rich, Warren Buffett lives a “simple” life. He still drives himself to work every day and dines at Gorat’s, a local steakhouse (which is NOT an expensive restaurant) in Omaha. He is widely known for  being courteous, personable, and humble.

So we weren't surprised when Bill Gates published on his blog  about three major things that he has learned from his friend Warren over the years:

1. It’s not just about investing.

The first thing people learn from Warren, of course, is how to think about investing. That’s natural, given his amazing track record. Unfortunately, that’s where a lot of people stop, and they miss out on the fact that he has a whole framework for business thinking that is very powerful. For example, he talks about looking for a company’s moat—its competitive advantage—and whether the moat is shrinking or growing. He says a shareholder has to act as if he owns the entire business, looking at the future profit stream and deciding what it’s worth. And you have to be willing to ignore the market rather than follow it, because you want to take advantage of the market’s mistakes—the companies that have been underpriced.

I have to admit, when I first met Warren, the fact that he had this framework was a real surprise to me. I met him at a dinner my mother had put together. On my way there, I thought, “Why would I want to meet this guy who picks stocks?” I thought he just used various market-related things—like volume, or how the price had changed over time—to make his decisions. But when we started talking that day, he didn’t ask me about any of those things. Instead he started asking big questions about the fundamentals of our business. “Why can’t IBM do what Microsoft does? Why has Microsoft been so profitable?” That’s when I realized he thought about business in a much more profound way than I’d given him credit for.

A lot of business leaders write letters to their shareholders, but Warren is justly famous for his. Partly that’s because his natural good humor shines through. Partly it’s because people think it will help them invest better (and they’re right). But it’s also because he’s been willing to speak frankly and criticize things like stock options and financial derivatives. He’s not afraid to take positions, like his stand on raising taxes on the rich, that run counter to his self-interest. Warren inspired me to start writing my own annual letter about the foundation’s work. I still have a ways to go before mine is as good as Warren’s, but it’s been helpful to sit down once a year and explain the results we’re seeing, both good and bad.

3. Know how valuable your time is.

No matter how much money you have, you can’t buy more time. There are only 24 hours in everyone’s day. Warren has a keen sense of this. He doesn’t let his calendar get filled up with useless meetings. On the other hand, he’s very generous with his time for the people he trusts. He gives his close advisers at Berkshire his phone number, and they can just call him up and he’ll answer the phone.

Although Warren makes a point of meeting with dozens of university classes every year, not many people get to ask him for advice on a regular basis. I feel very lucky in that regard: The dialogue has been invaluable to me, and not only at Microsoft. When Melinda and I started our foundation, I turned to him for advice. We talked a lot about the idea that philanthropy could be just as impactful in its own way as software had been. It turns out that Warren’s brilliant way of looking at the world is just as useful in attacking poverty and disease as it is in building a business. He’s one of a kind. 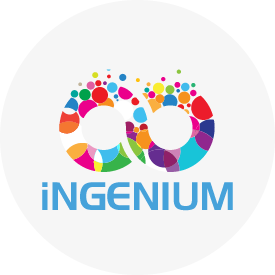 If you are interested in the stock market, there isn’t a chance that you haven’t heard of Warren E. Buffet. He’s the second richest man in America with a net worth of $44 B, only next to Bill Gates’ $61 B. He is the founder and CEO of Berkshire Hathaway (BRK), a holding company which owns...

The birth of Skype Story

8 Things VCs Think About When Valuing Your Startup