Internet of Things, or IoT for short, is a network of ‘smart’ devices set up in a particular environment.

In other words, when everyday objects of value are upgraded with computational gear and given the ability to send and receive data wirelessly without external intervention, then, you have an IoT grid at hand. These tools of convenience behave as bees do in a hive, learning and adjusting their functions automatically, while reporting to a primary hub or to a direct human operator.
With the passing time, new dimensions of IoT are unfolding and coming upon the horizon. Promising to streamline processes and liberate societal sectors from drudgery. So much so that by 2020, you can expect to find smart keyless locks, temperature-regulating eco-friendly automated thermostats, smart lights with eye-pleasing hues, smart switches with USB ports, smart cameras appended with motion-activated floodlights, smart gardener with irrigation controls and smart AI assistants which can manage all of these smart devices in your homes. In offices, you’ll have IoT-integrated blockchain, cloud assistants, and smart visual programmers in addition to other transformative technology. On the streets, you may see the rise of smart waste bins, smart air-purifying buildings, and smart parking sensors etc. And it’s just the beginning.

However, with every rise, there is a certain degree of downfall too.
This is what seems to be happening to the Internet of Things nowadays. Developers continue to bring automated gadgetry of this variety or that on the constantly growing technological scene. Without really addressing the security risks and the impending lack of standardization, which brings the element of vulnerability in the devices’ setup, exposing the customers to inconveniences. The dependency of firms on this enigmatic IoT and its inculcation in their infrastructure also endangers them in one way or another.
Therefore, cyber-security is coming to the forefront as an important IoT related issue. Problems that surround the IoT landscape can be sorted into two categories which are mentioned below, alongside their potential solutions.

This includes the issues that arise in the intangible, programming sphere of the Internet of Things, and how they can be effectively neutralized.

Internet of Things, fixed in a house, an office or an industry, communicate with one another wirelessly over the internet. This communication is a key to their collective functioning. Take the example of a smart central hub that remotely manages the locks, the lights and the sprinklers in a house and reports back to you.
Now, if a hacker were to tap into the flow of this network, he/she could definitely compromise the smooth running of the devices by messing up the controls and making the devices go haywire.
These compromised devices could then endanger the lives of their users too. For instance, the safety mark of heat-based appliances, like a smart oven or a smart coffee maker, could be overridden and a fire could start, hazarding human lives in the vicinity. Not only that, as these devices work together, their whole interoperability could be messed up even if a single device is hacked. Just think.
Hacking one device leads the attackers to hack all the connected devices too. A holistic hacking! And this could prove to be dangerous. For instance, just by tapping into the surveillance stream of one roadside camera, a hacker could enter into the security system of the whole city and wreak as much havoc as he/she desires. According to NETSCOUT, it would only take five minutes for a connected device to be hacked once it’s linked to the internet stream. Five minutes!
What can be the string of solutions to this problem? You should:

Cloud plays an important role in the functioning of the Internet of Things. How? Well, these smart devices register and collect data. After that, they transfer the received data over the virtual cloud to the human users and/or the tertiary devices that process it and make it useful. Thus, the cloud acts as a central sharing platform. If this crucial platform is hacked by cybercriminals, who release malware or spyware in the paramount data slots, then think of the damage that could be done. After all, data is the lifeblood of our modern systems.
How can you protect this data? How can you prevent the cloud breach from happening in the first place?

This includes the issues that arise with the tangible equipment and how they can be met wisely.

Oftentimes, vendors stop issuing firmware updates or other important modifications for the Internet of Things they’ve already issued to the users. In short, they abandon their products. What happens, then? The devices start running numerous vulnerabilities, become prone to the hackers’ attacks, and prove to be a hassle for the users.
This can be averted easily if the users start asking for certification as a measure of reliability. This will introduce a certain level of standardization in the IoT distribution. Not only that, a safety bond should be levied on the IoT vendors, against the possibility of their abandoning the products. This bond could be cashed in as neglect starts to settle in, with the money going to specific non-profit organizations responsible for maintaining the faulty devices.

The devices, for which the internet works like fuel, immediately go out of fashion and into the dustbin once the network goes down. This sole internet dependency exposes the devices to all sorts of cyber-attacks.
IoT should come with a non-connectivity option too, which would allow it to work in the absence of the internet as well. This would enable it to retain some value in the eye of the users.

So, as you can see, this article covers the possible vulnerabilities of IoT and argues that attention needs to be paid to the security dimension as soon as possible. 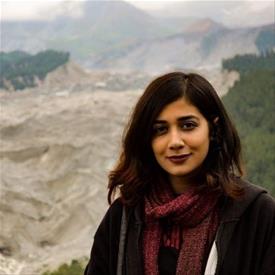 Rimsha Ather is a professional writer with two years’ worth of practical experience in content creation, curation, and marketing. Her blogging interests range from technology to travel, with the latter gaining special attention from the readers. On the side, she is a metal-enthusiast, an occasional painter and a culinary freak with flavorsome stories up her sleeve, which she occasionally pens for this site. Follow on : Twitter,LinkedIn. 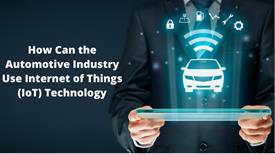 The adoption of new technologies by automotive manufacturers and companies are not quite swift. IoT (Internet of Things) technology has a great scope for the business and industrial section.

What would life be without the internet?

When it comes to using IoT technology for B2B design and manufacturing, the main idea is to develop creative methods to ensure undisturbed process flow and cost-effective operating procedures.

Top Web Development Framework Methods that You Should Know (2019)

9 ways Internet of Things will change the way we live

Since the IT, revolution the world has witnessed phenomenal advancements in different sectors. From underdeveloped to the developed marketplace, it influenced it efficaciously.

Effect of Internet of Things(IoT) on Mobile Application Development: Know What More is Added

Internet of Things (IoT) has become one of the buzz words in today's world. Implementing the latest technological changes in every industry, businesses have found their way to earning more profits with the technology of today and IoT is one of the best parts of it.